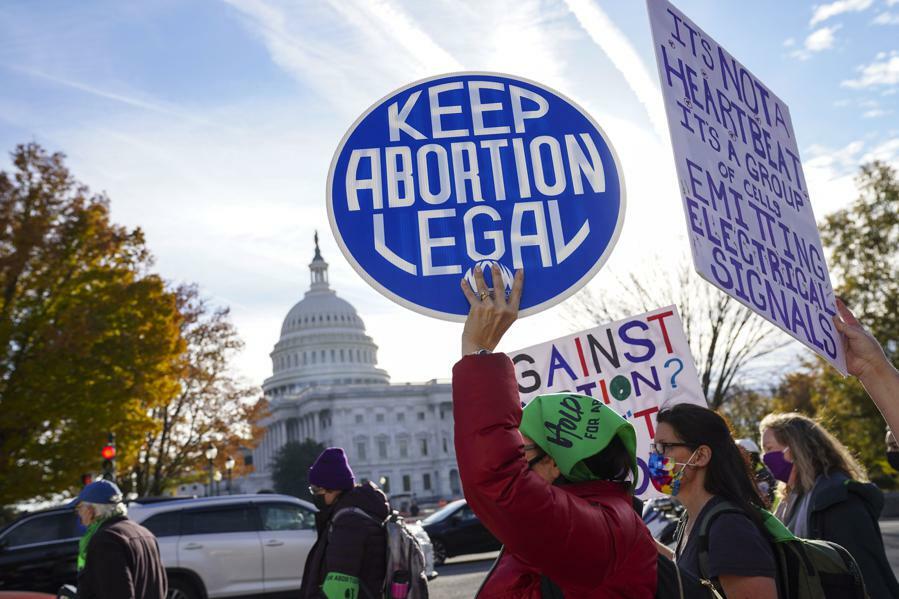 Democratic interest in making abortion rights a priority has surged in 2022 compared with the years before, according to a Associated Press/NORC poll, as lawmakers across the country already kick off the year with new measures that would both restrict and expand access to the procedure ahead of the Supreme Court potentially overturning Roe v. Wade.

13% of Democrats listed abortion or reproductive rights as one of the top five issues they want the federal government to address in 2022, the AP/NORC poll, conducted December 2-7 among 1,089 U.S. adults, found.

That’s up from less than 1% of Democrats who prioritized abortion in 2021 and 3% who listed it in 2020, though it still ranks behind other issues like Covid-19, the economy, healthcare and gun control, the AP noted.

Democrats in Congress are trying to pass the Women’s Health Protection Act, which would codify abortion rights into federal law in order to override state-level restrictions on the procedure.

Those state efforts to restrict abortion are already continuing in 2022, as Florida lawmakers introduced a bill Tuesday that bans the procedure after 15 weeks into a pregnancy.

Other restrictive state bills that have so far come up in 2022 include an Oklahoma bill establishing a government database of women seeking abortions and a Missouri bill trying to defund Planned Parenthood, and a law took effect in New Hampshire January 1 that bans abortion 24 weeks into a pregnancy.

State efforts to pass bills that mimic Texas’ near-total ban on abortion—which bans the procedure after approximately six weeks and is enforced through citizen-led lawsuits—are expected to continue in 2022, with South Dakota Gov. Kirsti Noem (R) and an Oklahoma state lawmaker saying in recent days their states will join others that have already introduced copycat bills.

Other states are taking steps to instead expand access to abortion in the absence of federal action. The New Jersey legislature passed a law this week that codifies the right to an abortion into state law, meaning abortion will remain legal even if the Supreme Court overturns Roe v. Wade. Lawmakers in such states as Maryland and Vermont also intend to take up measures in favor of abortion rights this year, with Vermont legislators set to consider an amendment that would enshrine abortion rights in the state Constitution.

108. That’s the number of state-level abortion restrictions that were enacted in 2021, as tracked by the pro-abortion rights Guttmacher Institute—the most of any single year since Roe v. Wade was decided in 1973.

This year may be a potentially pivotal one for abortion rights, as the Supreme Court is now weighing a challenge to Mississippi’s 15-week abortion ban. The court is broadly considering whether states can limit abortions even before the fetus is viable, which would significantly weaken or overturn the court’s precedent in Roe v. Wade and roll back abortion protections nationwide. The pending decision marks the culmination of a years-long effort by GOP lawmakers to pass abortion restrictions with an eye toward the conservative-leaning Supreme Court. Those efforts also got a boost last year when the Supreme Court allowed Texas’ Senate Bill 8 (SB 8) to go in effect and effectively ban nearly all abortions in the state. Though litigation against that law is still pending, it so far remains in place and has been largely backed up by the courts, serving as a blueprint for other states to follow its lead.

The Supreme Court will release its opinion in the Mississippi case by the time the court’s term ends in late June, and key conservative justices on the court signaled during oral arguments they may be likely to side with Mississippi. Abortion rights legislation passing in Congress still remains a long shot, as though the House has passed the Women’s Health Protection Act, it’s almost certain not to garner the 60 votes needed to pass the Senate.