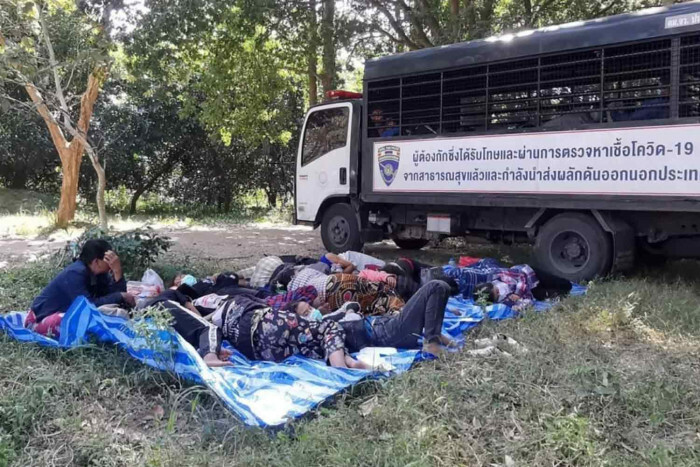 PRACHUAP KHIRI KHAN: Twenty-nine Myanmar nationals were arrested after they illegally crossed the border into Muang district of this western border province on Sunday, police said.

The 16 men and 13 women, aged 18-45, told officials they were from Mudong village in Myanmar, about 3 kilometres from the border.

They slipped across the border into Dan Singkhon, the Moo 6 village in tambon Khlong Wan, and waited at a pineapple plantation for transport to jobs further inside the country.

When three pickups arrived to collect them late Sunday afternoon, immigration and border patrol police lying in wait nearby moved in to arrest the border crossers and the pickup drivers, who were also Myanmar nationals. One of the drivers escaped.

The job seekers said they had paid 15,000 baht each to brokers for employment in Samut Sakhon.

All were taken to Muang police station for legal proceedings, pending deportation.