More Americans Are Social Distancing Than At Any Point Since Spring 2021, Poll Finds 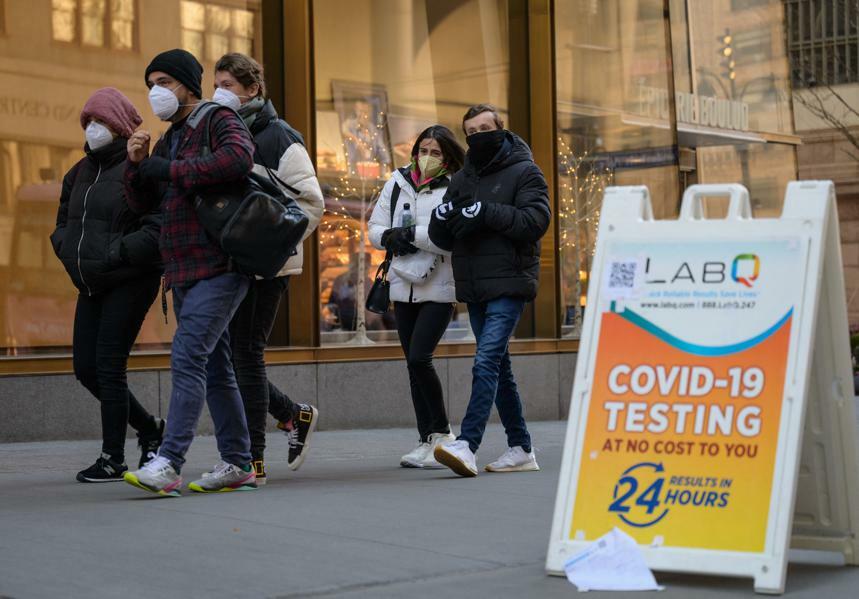 The share of Americans who say they’re taking precautions against coronavirus like mask wearing and avoiding public activities is at its highest point since last spring, according to a new Axios/Ipsos poll, amid worries over the rapid spread of the omicron variant.

The poll, conducted January 7-10 among 1,054 U.S. adults, found 57% had social distanced in the past week by staying at home and avoiding others “as much as possible”—the highest share since 61% reported social distancing from April 16-19.

Fewer respondents have reported visiting friends or family (50%) or going to a non-grocery retail store (52%) in the last week than at any point since March, while the 46% of Americans who dined out at a restaurant is the lowest share since early April.

As companies delay planned returns to the office, 31% of respondents reported working remotely over the past week, the highest percentage since late May.

The vast majority (73%) of respondents reported wearing a mask at all times or sometimes when outside their home, the largest share since 76% reported frequent mask-wearing from May 21-24.

More Americans believe it’s a large risk to eat at a restaurant (21%) or attend a large gathering (25%) now than at any time since late March, while those who say it’s a large risk to take an airplane or mass transit (40%) has hit its highest point since early February (when 48% said the same).

58%. That’s the percentage of respondents who believe returning to their normal, pre-pandemic lives would be a large or moderate risk right now, the largest number since 59% said the same March 19-22.

Polling conducted in December found people said they were largely unlikely to change their behavior due to the omicron variant. The Axios/Ipsos survey suggests Americans’ thinking has changed and many are now taking more precautions as cases and hospitalizations continue to spike. The omicron variant is now linked to nearly all Covid-19 cases in the U.S. and has caused a 203% increase in new daily cases over the past two weeks, according to public health data compiled by the New York Times. That spike is reflected in the Axios/Ipsos poll, which found 88% of Americans now know someone who has tested positive for Covid-19, up from 80% in mid-December. A growing number of vaccinated respondents have also reported contracting the coronavirus, as evidence shows omicron is much better at evading the vaccines’ protection against Covid-19 infections than earlier strains, even as the shots remain effective at preventing severe illness and death. Among vaccinated respondents who have had Covid-19, 36% reported being infected after they were fully vaccinated, which is up from 22% in mid-December, right as omicron cases were beginning to spread, and 14% in late November, before the omicron variant was first detected.

Americans Are Concerned About Omicron—But Won’t Change Their Plans For It, Poll Finds (Forbes)