MoP decision on prepaid meters to bail out TS discoms 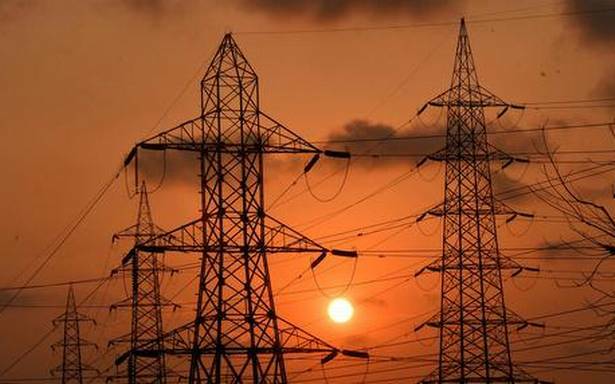 Two significant decisions taken by the Ministry of Power (MoP) in recent weeks are expected to come to the rescue, to a large extent, of two distribution companies (discoms) in the State facing sizeable revenue gap even after joining the Ujjwal Discom Assurance Yojana (UDAY) due to transmission/distribution (commercial) losses, leakages and pilferages.

Although the two discoms – Northern and Southern – and the State government are strongly opposing privatisation of the distribution business, they see some silver lining in the decisions of MoP – transfer of the 33 kV transmission system to the transmission utilities from the discoms, metering of all feeders and installing prepaid energy meters to all consumers in the divisions with over 15% transmission and commercial losses.

As per the MoP decision, all electrical divisions having more than 50% consumers in urban areas with the aggregate transmission and commercial losses (AT&C) of over 15% in 2019-20, other electrical divisions with AT&C losses over 25% in 2019-20, all government offices at Block (Mandal) level and above and all industrial and commercial consumers shall be provided with smart meters, except for agricultural connections, with prepayment mode by December 2023.

“Although implementing the measures would be a herculean task for the discoms already in in huge losses, they would certainly help the utilities overcome the losses to a large extent sooner than later with assistance/funding support from the State and Central governments for feeder segregation and metering and installation of prepaid smart meters,” a senior executive in the Southern Discom said.

The AT&C losses of Southern Discom were at 15.41% and that of Northern Discom at a whopping 34.49% in 2019-20 and their cumulative losses, even after the State government taking over a major portion of losses under the UDAY provisions, crossed ₹12,000 crore by the end of 2019-20.

As of June-end this year, the average AT&C losses of Southern Discom were at an improved 9.7% but the average cost of supply-average revenue realised was high (poor) at ₹1.24 per unit. In case of Northern Discom the AT&C losses were still high at 21.99% but the cost-revenue gap has narrowed down to ₹0.21 per unit.

“Installation of prepaid energy meters will prevent revenue leakage taking place due to a few sections of consumers, particularly in urban areas, which has been a cause of concern for very long,” the executive said. Even the installation of smart meters, not prepaid but tamper proof and highly-efficient in recording energy consumption, has been very poor in the State till December-end last (2020).