Midnight Man, also known as Anton Mogart, finally made his Moon Knight debut during Episode 3 of the Disney+ series.

Surprisingly, however, this Moon Knight Big Bad, portrayed by the late French actor Gaspard Thomas Ulliel, was only briefly in the episode. He was seemingly injured off-camera by Khonsu’s avatar after an encounter with Marc (Oscar Isaac) and his wife Layla (May Calamawy). What does this mean for the fate of Midnight Man, and will he even be an important character as the show goes on?

WHAT’S YOUR FAVORITE TIME-TRAVEL MOVIE? Click here to help us rank all the ones on Netflix.

The Disney+ Mogart, who speaks in heavily-accented English and also knows fluent Arabic, is certainly not from New Jersey. Nor does he adhere to the strict villain code of only striking at midnight (hence the name), or dress himself in a long navy cloak with a matching navy suit and face mask.

When audiences meet Mogart, all we know is that this version of Midnight Man doesn’t call himself Midnight Man yet, and instead is a renowned arts and antiquities thief, openly robbing museums and private collections for “philanthropic” and “educational” purposes. The comic-book version of Mogart steals purely for the thrill and the bragging rights — his villainy isn’t humanized, but a one-dimensional consequence of his arrogance.

A couple of one-off lines provide further evidence that Mogart has been altered, possibly to connect Moon Knight to other MCU properties. For example, Mogart mentions to Layla that they haven’t seen each other since the time they spent together in Madripoor, implying there was an existing relationship between them before some kind of falling out.

Madripoor, described as a lawless land near Indonesia where criminals can seek refuge from extradition, was introduced to the MCU in the third episode of The Falcon and The Winter Soldier. Viewers have no idea what Layla was doing there, but we know she wasn’t with Marc.

Bek, Mogart’s bodyguard, could be Marvel’s way of introducing Kareesh-Bek, one of the Slayers Elite, a group who fought Moon Knight numerous times in the comics under the command of Nimrod Strange, a terrorist with a formidable tech suit known as Arsenal.

The Inverse analysis— If Moon Knight is brought back for a second season, then the show will either have to recast Midnight Man, or properly introduce a new nemesis. Because the show appears to be heading down the path of Indiana Jones-y treasure hunting escapades, bringing back characters like a scheming thief like Bek, or foes from Layla and Anton’s mysterious past encounters in Madripoor, seem like probable options if Marvel is forced to adjusts their plans.

So far there are no rumors as to who might take on the identity of Anton Mogart, or if any villains related to Mogart will join the show. With only three episodes left, we’ll know more about the villains that Moon Knight is tasked to defeat if and when his show is greenlit for a sophomore season. 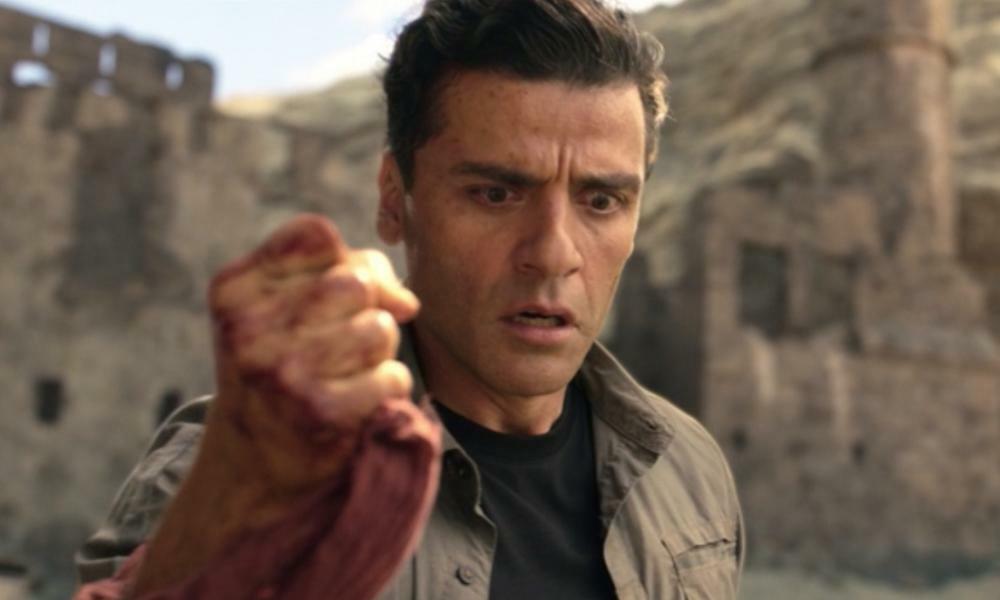 Moon Knight recap: series one, episode three – danger in the pyramids
Marc/Steven/Moon Knight travels to Egypt where he faces down gods and fellow avatars, while Harrow has the upper hand once…

The Guardian - UK
From analysis to the latest developments in health, read the most diverse news in one place.
'Moon Knight' Episode 3 release date, time, plot, cast, and trailer for the Disney Plus Marvel series

Dr. Harrow snags the scarab to resurrect Ammit and Marc Spector awakens in Egypt as Moon Knight shines on.

The gods pull the strings in Marvel’s latest superhero series, 'Moon Knight.' Learn more about the real-life and comic book…

Is 'Moon Knight' really more violent than Marvel’s other MCU TV shows? Here's why the studio's treatment of its latest…

Moon Knight appears to be revealing a third personality to join Marc and Steven, more dangerous than either of them.

Forbes
One place to find news on any topic, from hundreds of sites.
How many episodes of 'Moon Knight' are there going to be? And how many are left?

Coming off the release of 'Moon Knight' Episode 5 this week, here's what MCU fans should know about the remaining…