New Delhi: A day after prime minister Narendra Modi claimed that the fundamentals of the economy remain strong, rating agency Moody’s Investor Services on Friday changed its outlook for India’s sovereign rating (Baa2) to negative from stable holding that the country’s economic downturn could be structural.

The rating agency said its decision to change the outlook to negative reflects increasing risks that economic growth will remain materially lower than in the past, partly reflecting lower government and policy effectiveness at addressing long-standing economic and institutional weaknesses, leading to a gradual rise in the debt burden from already high levels.

“While government measures to support the economy should help to reduce the depth and duration of India's growth slowdown, prolonged financial stress among rural households, weak job creation, and, more recently, a credit crunch among non-bank financial institutions (NBFIs), have increased the probability of a more entrenched slowdown,” Moody’s said.

“Moreover, the prospects of further reforms that would support business investment and growth at high levels, and significantly broaden the narrow tax base, have diminished. If nominal GDP growth does not return to high rates, Moody's expects that the government will face very significant constraints in narrowing the general government budget deficit and preventing a rise in the debt burden,” it added.

Speaking at the Global Investors’ Meet in Dharamshala on Thursday, Prime Minister Narendra Modi said in today’s global scenario, if India has stood firmly, this is because it has not allowed the fundamentals of the economy to be weakened. “We have constantly maintained our commitment on macro-economy and have abided by fiscal discipline. Today, when global economic activity has come down to 3%, India is growing at more than 5%. Recent reports suggest that in coming months, India will grow at a faster pace. Our intention is genuine as well as sensitive. There is firmness in our decisions and intentions," he added.

India’s economy has decelerated to a six year low at 5% in June quarter, forcing most international and domestic forecasters to cut their GDP projections close to or below 6% for 2019-20. Indian government has undertaken a series of reforms including cutting corporate tax rates to spur an investment led growth. However, it has so far desisted to announce any large fiscal stimulus package to boost slowing consumption which is at an 18 quarter low in June. On Wednesday, the Cabinet cleared a ₹25,000 crore package to revive the stalled housing projects and the ailing real estate sector.

The rating agency said although these measures including policy rate cuts by the Reserve Bank of India (RBI) will provide support to the economy, they are unlikely to restore productivity and real GDP growth to previous rates. “In turn, a prolonged period of slower economic growth would dampen income growth and the pace of improvements in living standards, and potentially constrain the policy options to drive sustained high investment growth over the medium-to long term,” it added.

Moody’s said its Baa2 rating balances the country's credit strengths including its large and diverse economy and stable domestic financing base for government debt, against its principal challenges including high government debt, weak social and physical infrastructure and a fragile financial sector.

Estimating that the growth slowdown is in part long-lasting, Moody’s said compared with two years ago when it upgraded India's rating to Baa2 from Baa3, the probability of sustained real GDP growth at or above 8% has significantly diminished. “Rather, the downside risks to the growth outlook have increased as prospects for economic and institutional reforms that would lift and maintain growth at high rates have diminished. Stress among NBFIs, with the possibility of a more severe credit crunch that would affect credit supply, both directly and through linkages with non-banks and banks, adds to the downside risks to the medium-term growth outlook,” it added.

Moody’s said the drivers of the economic deceleration are multiple and mainly domestic. “In the context of a prolonged period of weak investment, private consumption has slowed, driven by financial stress among rural households and weak job creation. Moody's does not expect the credit crunch among NBFIs, major providers of retail loans in recent years, to be resolved quickly. With public sector banks still dealing with the legacy of non-performing loans accumulated at the beginning of the decade, credit supply is likely to remain impaired for some time, compounding the income shocks. With a per-capita income of around $7,900 on a purchasing power parity (PPP) basis in 2018, Indian households' capacity to absorb such negative shocks is limited,” it cautioned.

The rating agency said potential GDP growth and employment generation will remain constrained unless reforms are advanced to directly reduce restrictions on the productivity of labor and land, stimulate private sector investment, and sustainably strengthen the financial sector. “In the absence of such reforms, structural constraints on productivity and job creation, will weigh further on India's sovereign credit profile,” it added.

However, countering the views of Moody's, finance ministry in a statement said since India’s potential growth rate remains unchanged, assessment by IMF and other multilateral organizations continue to underline a positive outlook on India. "The fundamentals of the economy remain quite robust with inflation under check and bond yields low. India continues to offer strong prospects of growth in near and medium term," it added. 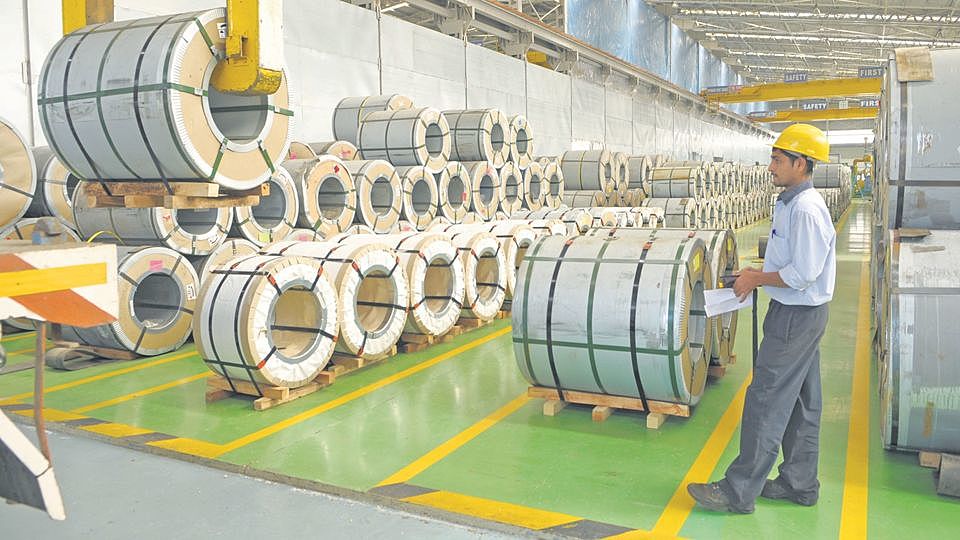 The govt statement came after Moody’s Investors Service lowered outlook on India’s ratings to ‘negative’ from ‘stable’, saying there was…