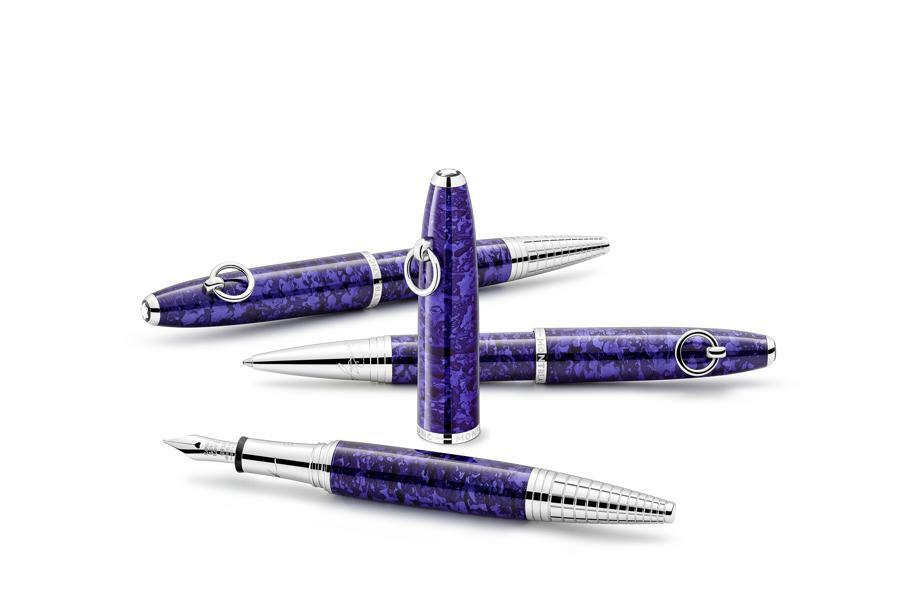 As is obvious from the partial roster above, a “muse” is chosen by Montblanc not only for her accomplishments, but also for a unique character that is singular and inspirational. All have achieved much in their lifetimes and have left a legacy that makes them as relevant today as they were when they were at their professional best.

A woman of many facets

Taylor left a memorable opus of films, including the award-winning Butterfield 8 and Who’s Afraid of Virginia Woolf? In addition, she was the first actress to earn $1,000,000 for a movie role (Cleopatra, 1963), and she eventually garnered the American Film Institute Life Achievement Award in 1993).

Her breathtaking beauty was matched only by the independence with which Taylor lived her life and loved her loves—which included singer Eddie Fisher and actor Richard Burton, among others. Never one to rest on her past, her later career included the launch of several successful perfumes, including White Diamonds and Black Pearls in an ode to her renowned love of jewelry.

Among the most important private collections of jewels in the world, Taylor’s assortment featured such historic pieces as the 33.19 carat Elizabeth Taylor Diamond (formerly known as the Krupp Diamond) ring, given to her by Burton, her fifth husband, and the famous pear-shaped 69-carat Burton-Cartier Diamond Burton gave her in 1969.

The overall design of the new Montblanc pen collection is instigated by the aesthetics of the 1950s and 1960s, when Taylor’s film career was at its height, and its shape recalls an original Montblanc writing instrument from this same period. The cap and barrel of the fountain pen (a rollerball and ballpoint are also included in the collection) are a dark-violet marbleized lacquer in homage to the star’s favorite color. So, too, one of Taylor’s most stunning features, her eyes, were an extraordinary violet shade.

Taylor’s passion for fine jewelry is the inspiration for the ring-shaped clip, while the platinum-coated cone with its geometric engraving evokes a typical jewelry pattern from the 1950s.

In the 1980s, Taylor leveraged her celebrity to advocate for research, treatment and support for people living with HIV/AIDS. Her conviction and courage at that time are still admired today. In remembrance of her moving speech at the GLAAD Media Awards in 2000, which ended with the words “LONG LIVE LOVE”, the fountain pen’s 14-karat gold rhodium-coated nib is engraved with these three words.