'Beergate' pledge | Sir Keir Starmer has said he will resign if he is fined by Durham Police over 'beergate' as he insisted he did not break Covid rules. The Labour leader said that the idea he would "casually break" the rules was "wrong". Watch his announcement at a press conference and, should he quit, here are the runners and riders to replace him.

It could have been a moment of triumph.

If Vladimir Putin's February invasion of Ukraine had gone as planned, he would have been reviewing today's Victory Day parade on Kyiv's Independence Square - claiming a triumph as glorious, in his view, as 1945 itself.

Instead, his troops were marching through Red Square in Moscow with a fraction of the hardware they usually display and none of the aircraft promised to perform a flypast in a "Z" formation.

Indeed, the mysterious scrapping of the air display added to a sense that Putin's much-vaunted May 9 Victory Day extravaganza was something of a damp squib.

The comparisons he drew were not between two Victories, but two bloody but righteous struggles that required the country to pull together.

Roland Oliphant decodes the Russian leader's speech that was utterly empty of new ideas - and why Putin held back on some of the predicted announcements.

Putin decided against officially declaring the conflict that Moscow currently describes as a "special military operation" a war - something that would have demanded fresh sacrifices of the Russian public.

Many, even in Russia, had been questioning the value of full mobilisation - for that and many other reasons.

Read how state TV has allowed experts to voice objections to all-out war in recent weeks.

Meanwhile, the country's finance ministry has admitted Russia is facing its deepest economic decline in almost three decades as it grapples with the war's fallout.

The parade took place as Russia's ambassador to Poland was doused in red paint during angry scenes at a Soviet war memorial.

Sergey Andreyev had the bucket of paint thrown over his face while he visited the Soviet Military Cemetery in Warsaw.

A video on social media showed the diplomat stood holding a wreath at the centre of scuffles.

Earlier, hackers temporarily switched the name of every programme on the Russian online TV schedule to highlight Russian war crimes in Ukraine.

The programmes affected included children's TV channels, which saw the message "No to War" and "the authorities lie" flash on the screen.

Married in a bunker

In Ukraine, around 2,000 hardcore fighters remain holed up in Mariupol's Azovstal steelworks, making a last desperate stand against Putin's forces.

One texted his girlfriend in Kyiv, asking for her hand in marriage but the couple stands little chance of living happily ever after.

Indeed, in accepting her partner's proposal, Nataliia Zarytska may be doing little more than granting a condemned man's wishes, despite Putin saying that the Azov fighters can surrender.

Read how they exchanged vows online. Meanwhile, President Volodymyr Zelensky has presented Ukraine's famous mine sniffing dog Patron, or Bullet in English, and his owner with a medal to recognise their dedicated service.

At least four Indians have died since March after their electric scooters caught fire, with record-breaking temperatures caused by climate change now feared to be behind the deadly blazes. A father and daughter died in the southern state of Tamil Nadu in March, while two men died in two separate incidents in April in the states of Andhra Pradesh and Telangana. In each of the three incidents it was reported that the scooters' cell batteries had set alight while the vehicles were charging at the victims' homes. See images from footage shared widely on social media showing an electric scooter bursting into flames.

'Everyone thought I'd end up in jail'

The Body Coach Joe Wicks tells Boudicca Fox-Leonard about his new TV series, which explores the legacy of his father's heroin addiction and his mother's OCD

If you are an aspiring English full-back then having one of the greatest runners the game has ever seen in Jason Robinson lauding one of your tries must be a pretty good feeling. For Henry Arundell, Robinson's praise will have been another highlight in a quite astonishing breakout season. Read why his Toulon wonder try suggests the England prospect is the real deal. In football, it takes a special type of striker who predicts what they are going to do to an opposition team before a game and then follows it through to perfection. Yet Sam Kerr did just that as she scored the goal that sealed the WSL title for Chelsea. Read how she cemented herself as the world's best female striker. Meanwhile, Jason Burt asks why Pep Guardiola is intrigued by the prospect of signing Paul Pogba.

An Apple executive has quit the company in protest over the tech giant's demands that staff return to the office for three days a week. Ian Goodfellow, Apple's director of machine learning, reportedly told staff on leaving that he disagreed with the company's insistence on staff returning to its Silicon Valley headquarters. Apple staff must currently work at least one day in the office and from May 23, they will be required to come into work on Monday, Tuesday and Thursday. Read how the policy is stricter than many of those at other Silicon Valley firms.

Nintendo Switch Sports review | It is easy to forget, over 15 years later, just how much of a phenomenon Wii Sports was. The pack-in game that ushered in Nintendo's motion control revolution, it had players young and old getting on their feet to swing imaginary tennis rackets, launch bowling balls and throw punches. And it was the driving force behind the Wii’s enormous success, propelling Nintendo’s machine to over 100 million consoles sold. Tom Hoggins reviews how in Nintendo Switch Sports, that technological magic still has the same electricity.

'Ukraine has to win – in all senses' | For Oleh Psiuk and his group Kalush Orchestra, the 2022 Eurovision Song Contest has become much more than just a music competition. Ahead of Saturday's big final, the frontman of Ukraine's entry talks to James Hall. 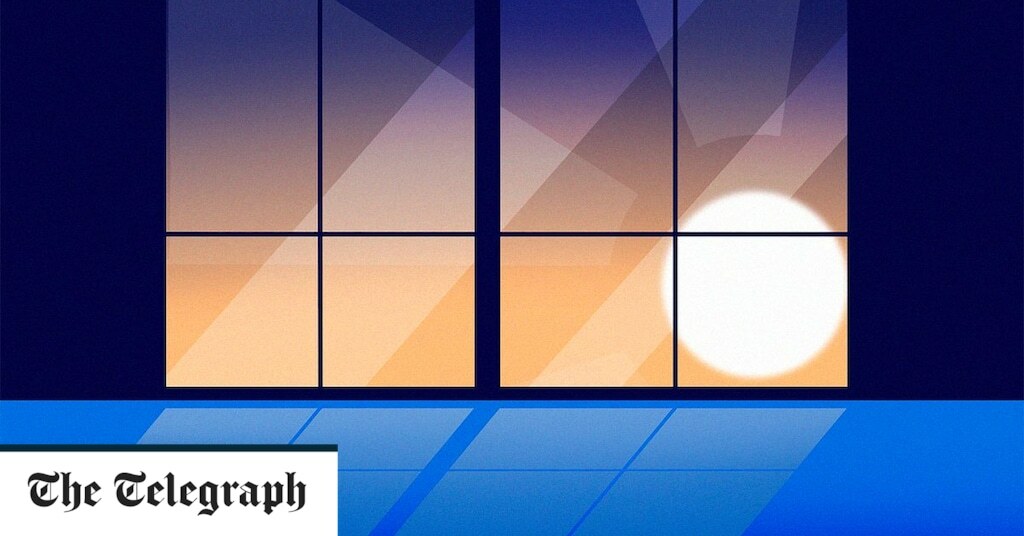 The Telegraph
One subscription that gives you access to news from hundreds of sites
Canada's Trudeau: World determined to make sure Putin loses in Ukraine

The world will do everything possible to ensure that Russian President Vladimir Putin loses his war in Ukraine, including keeping…

Russia-Ukraine news from May 10: Kyiv says it will suspend gas through a transit point.