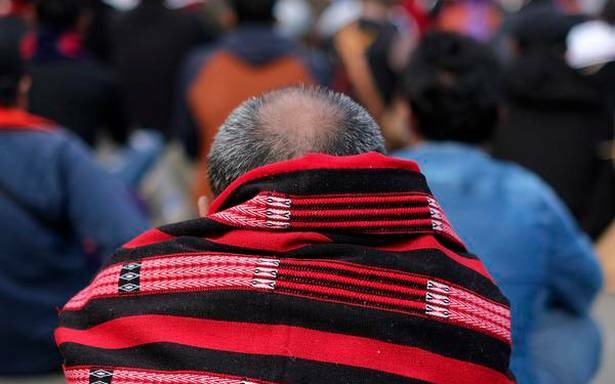 A “Genocide Park” would be set up in Nagaland’s Mon town to remind Nagas of the killing of 13 civilians by an elite armed force near Oting village on December 4, Konyak organisations said on January 14.

Adopting this resolution at a community-based summit on January 14, Konyak organisations and leaders also extended their deadline to the government for action against the armed forces personnel responsible for killing the civilians.

Also read | A Christmas of grief in Mon

The Konyak Union, the apex body of the community, said the scenario of the massacre, including the bullet-riddled pickup truck in which six coal miners were killed, would be recreated at the park.

Seven other villagers were killed in a retaliatory attack on the soldiers. A 14th person was shot in Mon, about 60 km from Oting, the following day when an angry mob attacked an Assam Rifles camp.

The organisations gave 10 more days, with effect from January 15, to the government for a decisive action against officers and soldiers involved in the botched operation that led to the killings.

The organisations on December 10 gave a month to the government to prosecute all the “guilty” Army and Assam Rifles personnel in a civil court, and to place the “justice done report” in the public domain.

On January 14, they warned that the Konyaks would abstain from all national events within their customary jurisdiction as endorsed by the Eastern Nagaland People’s Organisation (ENPO), the apex organisation of eastern Nagaland, if their demands were not met.

“In accordance with the ENPO resolution adopted on December 14, the ‘non-cooperation’ declared against the Indian armed forces shall stand in force until justice is delivered,” the Konyak organisations said.

It further said all designated Army camps within Mon district and located within civilian areas must be relocated, and sought the Nagaland Government-constituted Special Investigation Team (SIT) and the Army’s Court of Inquiry report be shared with the Konyak Union.

The SIT on January 13 said forensic samples collected from the site of the December 4 killings were sent to specialised laboratories in Guwahati and Hyderabad for tests. “Once we receive the results, we can start preparing the final report,” Additional Director-General of Police Sandeep Tamgadge, who is supervising the SIT probe, said.

He said the final report would be submitted to a court. He added that Army and Assam Rifles personnel, including 37 officers, were examined by the 21-member SIT that has five IPS officers.