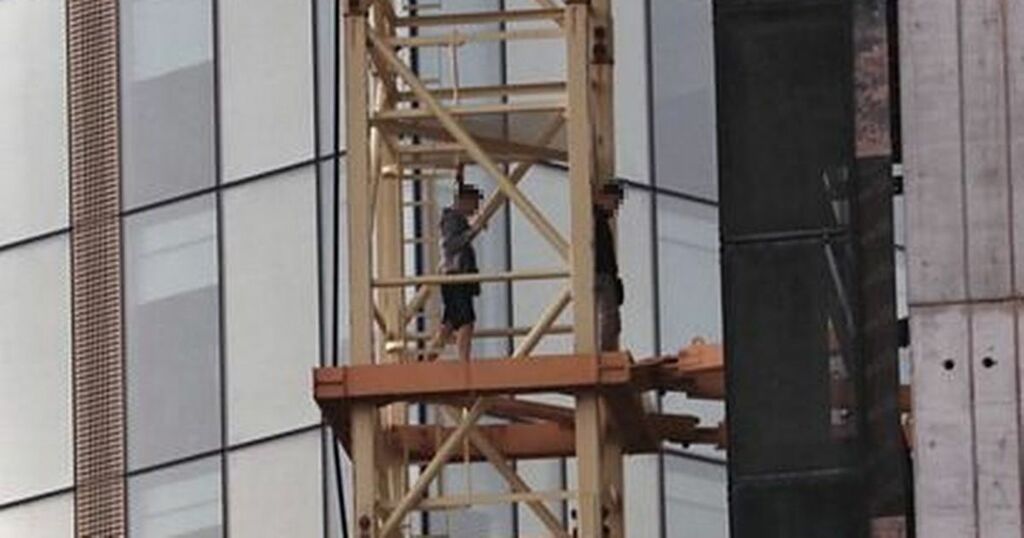 This is the moment two children climbed a 150ft crane in Salford - sparking a huge rescue operation.

Emergency services were called after the pair were spotted scaling the tower in Greengate on Tuesday night (September 7).

As a crowd of onlookers gathered below, firefighters brought the boys to safety.

Pictures and video from the scene show them climbing up the steel ladder inside the tower.

In one picture, the pair can be seen near the cabin at top of the crane.

Witnesses reported a large police, ambulance and fire service presence at the scene at about 7.45pm.

"Crews arrived quickly and worked with other emergency services to bring the males to safety.

"Fire crews were on the scene for approximately two hours."

Greater Manchester Police said no arrests had been made and no injuries were reported.

A spokesperson for North West Ambulance Service said: "We attended to support a rescue from height.

"HART, an ambulance, response vehicle and operational commander attended the scene. There were no casualties."