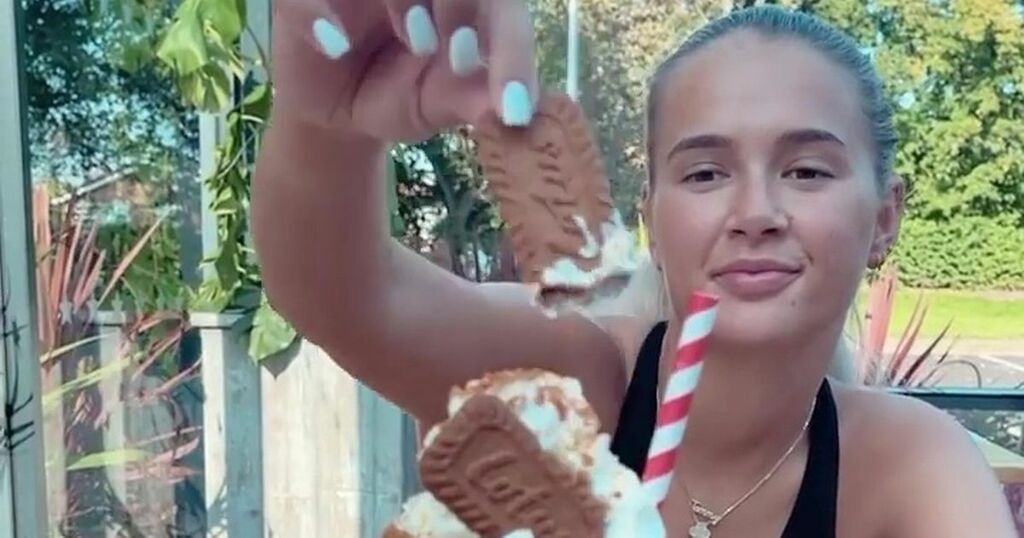 Molly-Mae Hague and Tommy Fury indulged in a complete feast of sweet treats after the boxer returned home from the US earlier this week.

The loved-up couple, who fell for each other on Love Island, went out for a special date night following his victory against MMA fighter Anthony Taylor.

PrettyLittleThing creative director Molly-Mae, 22, took to her Instagram to share what they've been up to since they reunited.

The TV star, who has been on a health kick recently, complained: "How my diet has looked since Mr Fury has returned home..."

She showed off a huge Lotus Biscoff milkshake, with her hunky boyfriend, 22, sat in the background.

Molly-Mae then filmed a gigantic cookie dessert with ice cream, which looked mouth-watering.

Over on Tommy's Story, he explained: "10 weeks in camp is worth every minute for this meal," as he sipped on the yummy the milkshake.

He then tucked into a gigantic burger, which had fans drooling.

During their date night, Tommy downed a pint, telling fans his girlfriend was "letting me have one".

They appeared to be sat in the gorgeous sun, as they made the most of the weather.

Later, Molly-Mae shared snaps from her bed with Tommy, as she reflected on the romantic date.

"Lovely day/evening with my one," she wrote.

They both looked full of content in the photo, as they snuggled into each other.

The couple ended their reunion with a film, as Molly-Mae penned: "Goodnight. PS War Of The Worlds is just a 10/10 film."

Molly-Mae was unable to travel to watch her boyfriend's boxing match last week, and was forced to stay at home whilst he was in Cleveland.

Recent rumours sparked that the pair were on the rocks but they quickly shut them down as Tommy dedicated his win to his girlfriend.

He won his boxing match in four rounds against Anthony Taylor.

After his win he said: "Dad, Molly, wish you could be here tonight, but that was for you.

"We're learning, we're building, we're going to keep winning and hopefully you can be here next time.

"But I love you both, take it easy, shout out to everybody and God bless."

Despite Molly-Mae not being able to attend she enjoyed watched the fight at home with Love Island pal Maura Higgins instead.