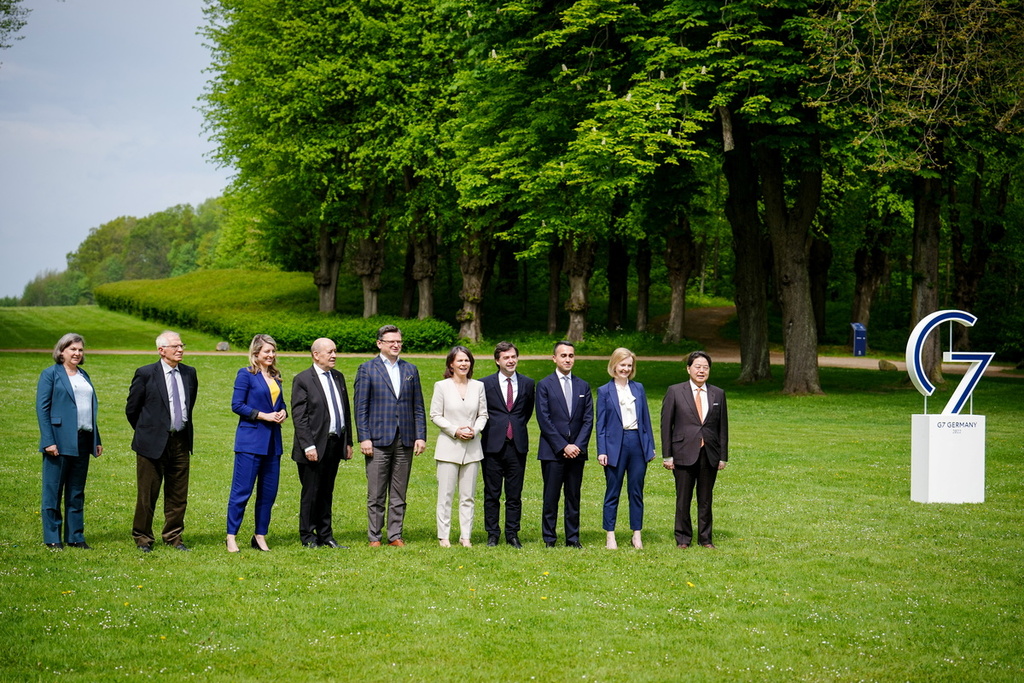 Al Jazeera
One subscription that gives you access to news from hundreds of sites
In Moldova, a pro-Russia region welcomes Ukrainian refugees

Gagauzia, the country’s poorest area with some autonomy, is torn between powers in Russia, Turkey, the EU and Chisinau.

Moldova says some in breakaway Transdniestria trying to destabilise region

There are internal elements in Moldova's pro-Russian separatist region which are trying to destabilise the area and stoke tensions, Foreign Minister Nicu Popescu said on Friday, as his country presses ahead with efforts to join the European Union.

Fears have increased in recent days that Moldova could be drawn into the conflict in neighbouring Ukraine, after pro-Russian separatists in Moldova's Transdniestria region blamed Kyiv for what they said were shootings, explosions and cross-border drone incursions.

Speaking in an interview with Reuters on the sidelines of a G7 foreign ministers meeting in northern Germany, Popescu said he could not apportion blame, but said it was clear the recent explosions were taking place as a result of the war in Ukraine.

"We want to solve the Transdniestria conflict through peaceful dialogue and diplomacy. What we see is that absolute majority of citizens in the Transdniestrian region doesn't want to live in a war zone and want peace, but there are forces inside that want to fuel destabilisation," he said.

"They are limited, but want to play games stoking up tensions, provoking, (making) the population of Transdniestria hysterical and making nervous the population of Moldova. There are internal forces that want to destabilise this region and bring war closer to our homes. We are working to make sure this is not happening."

Moldova, a tiny, mainly Romanian-speaking country wedged between Romania and Ukraine, has faced an unresolved separatist conflict for 30 years. A contingent of Russian peacekeepers is

based in mainly Russian-speaking Transdniestria that borders southwestern Ukraine.

PLACE INSIDE THE EU

Moldova has struggled to cope with the refugee flow from its neighbour, seeing some 450,000 refugees cross into the country with some 95,000 staying, of which half are children. It has put an economic strain on the country as it seeks to reform for its long-term ambition to join the European Union.

Popescu said it needed financial means to allocate money for refugees who stayed in Moldova and local families who have taken them in.

"We need to adapt everything that works in our state to the situation. It means more electricity, policing, waste management, heating, food so we need to help our state to adapt to this," he said.

Moldova's pro-Western government has strongly backed Kyiv since the Russian invasion and submitted a formal request to join the EU just a week after Russian troops rolled into Ukraine.

Popescu said Chisinau was pushing ahead with efforts to fight corruption, reform the justice system and liberalise the economy to be able to meet the EU's requirements, which he hoped would convince the bloc to allow it to begin the slow process to become a member.

"We believe that we are a country that has a European history, language, society and a relatively consolidated democracy," he said. "We believe our place is inside the European Union ... and hope that in the next few weeks and months the EU will recognise our European aspirations."

Al Jazeera
One subscription that gives you access to news from hundreds of sites
In Moldova, a pro-Russia region welcomes Ukrainian refugees

Gagauzia, the country’s poorest area with some autonomy, is torn between powers in Russia, Turkey, the EU and Chisinau.