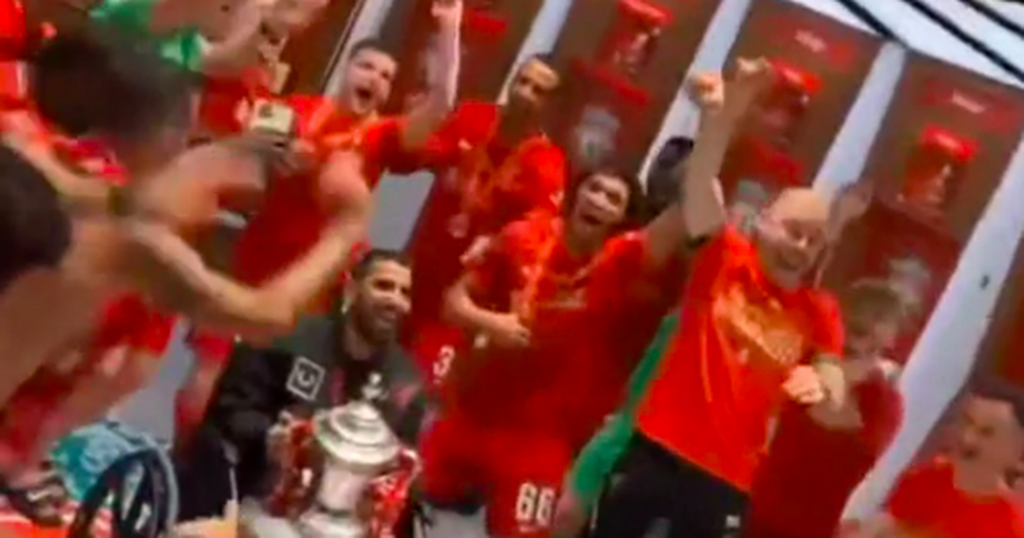 Liverpool Echo
One subscription that gives you access to news from hundreds of sites
Liverpool suffer major FA Cup Final setback with Mohamed Salah injured vs. Chelsea at Wembley

The Guardian - AU
Chelsea: Antonio Rudiger confirms reason for Real Madrid transfer - ‘There was a long gap of just nothing’

Novak Djokovic was ready to skip Grand Slams rather than take a COVID-19 vaccine following the Australian Open fiasco, but…

Liverpool welcomed Moamen Zakaria to their dressing room to celebrate their FA Cup final win over Chelsea at Wembley.

But after Liverpool’s dramatic penalty shootout win over Chelsea at Wembley, Zakaria was invited inside the Reds dressing room to party with Jurgen Klopp’s side. A video posted on Salah’s Instagram showed the 34-year-old being pushed around the dressing room in his wheelchair by Adrian while holding the FA Cup.

PAUL GORST MATCH VERDICT: Jurgen Klopp becomes immortal but the best could be still to come for Liverpool

Many of Liverpool’s players and staff can also be seen dancing and singing to GALA - Freed from desire - in scenes similar to those witnessed after Liverpool’s Carabao Cup final win over Chelsea back in February.

Salah, who was taken off injured during the first-half of Saturday's game, dedicated his hat-trick against Leeds United on the opening day of last season to Zakaria. The forward placed his hands on his ears as the celebration was regularly performed by Zakaria during his playing days.

Zakaria hasn’t played football since being diagnosed back in 2019. He was in the UK for a check up on his health status at a medical centre in London.

Speaking on Salah’s injury post-match, Reds boss Jurgen Klopp said: "Mo came and he said he could carry on, but felt a little thing. I hope he will be fine."

Liverpool Echo
One subscription that gives you access to news from hundreds of sites
Liverpool suffer major FA Cup Final setback with Mohamed Salah injured vs. Chelsea at Wembley