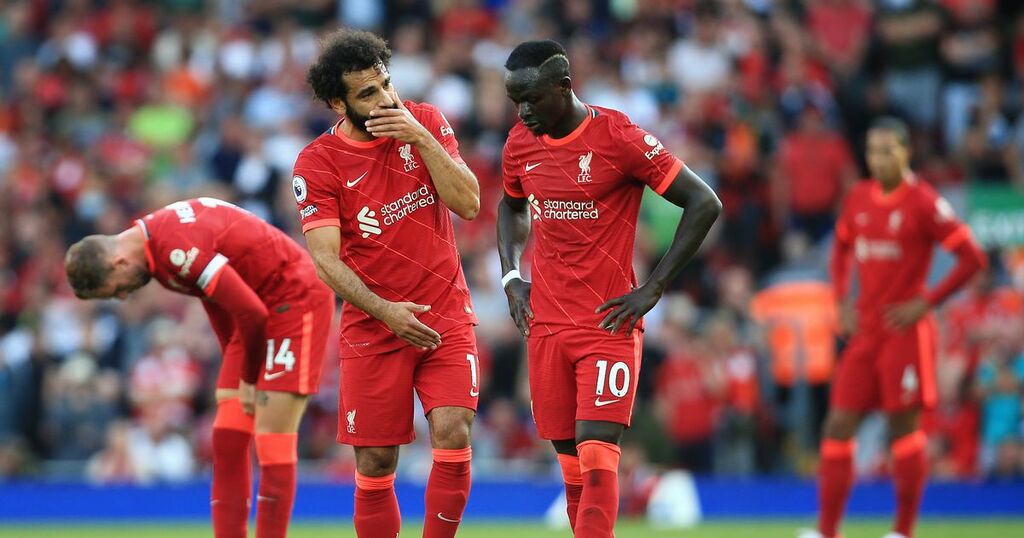 Liverpool got a vital win over Leeds United at the weekend. Who were your stand-out performers?

Fabinho was the man of the match for me. His positioning was impeccable, allowing him to cut out Leeds passes or sweep up in his own box.

The goal was a little scruffy, but I did think he showed a certain composure with the touch and the finish after his first shot was blocked.

Andy Robertson was quietly very good, too. He hardly put a foot wrong defensively, and Raphinha was kept largely quiet.

The last player I’ll mention is Thiago. It was only when I watched the game back that I realised he was pretty much everywhere. He really showed his class.

Mohamed Salah reached yet another milestone by hitting 100 Premier League goals. Was that another timely reminder of how important it is to get a new contract sorted out?

Liverpool will be under no illusions as to the importance of tying Mohamed Salah down.

On top of everything else, he’s a phenomenal athlete, and should be able to maintain a 25-goal-a-season output for another four years.

It’s fair to say his negotiating position is getting better all the time.

The injury to Harvey Elliott was the only blot on the day - albeit a significant one. Football can be so cruel…

Absolutely. The scenes surrounding the injury were pretty unsettling, to be honest.

We wait to see what the timeline will be, but I do take some solace from the support network he has in place. There are players there who have suffered some of the most serious injuries and will have felt that powerlessness, that anxiety.

They’ll help Elliott through the most difficult stages of his rehabilitation.

Still, you can’t help but wonder how much it’ll affect his development, and how much Liverpool will miss him.

Let’s not forget Jurgen Klopp selected him ahead of his captain on Saturday. We’re losing more than just depth.

The Champions League is back this midweek and AC Milan are coming to town. How excited are you for that?

Hugely excited. It’s the best opener we could have had from our group - a mouthwatering home tie against another European giant, but one we should be able to win.

It’ll be our first proper European night for 18 months, and another box ticked on the return of fans checklist.

What should be the target this season in the Champions League? Can Liverpool win it, and would you rather win that or the Premier League?

The target should absolutely be winning it.

Yes, I’d probably make us fourth favourites behind Man City, Chelsea and PSG, but if we wind up facing one of those sides later in the competition, it’ll be extremely closely fought over the two legs.

We’ve only lost one European knockout tie with fans under Klopp, and there was a mitigating factor (hailing from the Iberian peninsula).

I think I’d rather win the Premier League. For obvious reasons, the Madrid celebrations trumped the title celebrations, but it would feel like a bigger achievement to beat City, Chelsea and United over 38 games.

And, if we’re honest, we still haven’t had the league-winning experience we all craved.

I’m not sure anyone’s realised this, but there’s a possibility that Sadio Mane is playing for his Liverpool future this season. It’s telling that all the talk is about Salah’s new deal when Mane’s contract expires the same year.

If last season proves to be more than a blip, and it becomes clear that Mane is in decline, will Liverpool think it’s prudent to award him a lucrative, long-term extension? I’m really not sure.