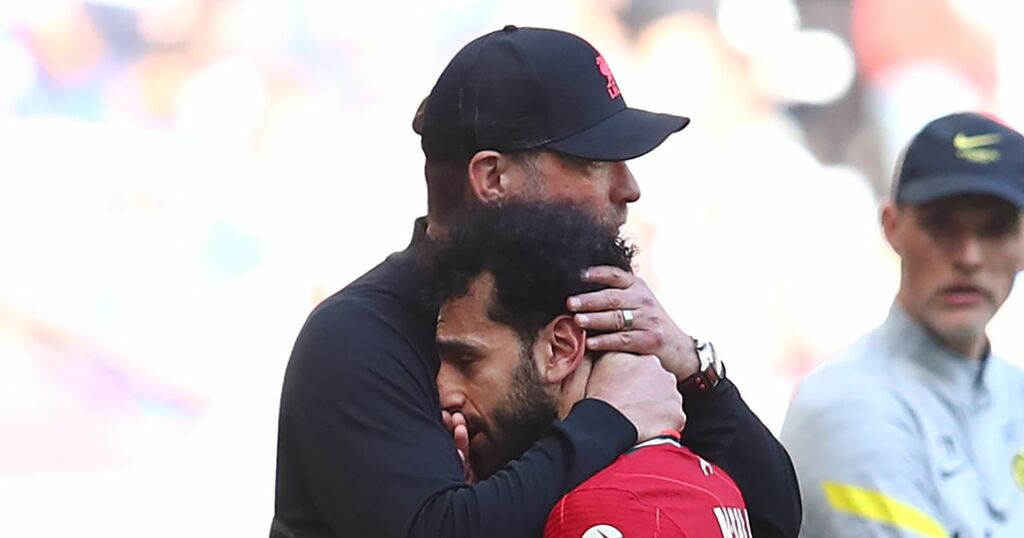 Mohamed Salah was forced inside the first-half of the FA Cup final, posing serious concern ahead of the run-in as…

Mohamed Salah has confirmed he will be fit for Liverpool's Champions League final against Real Madrid in Paris on May 28.

Reds fans were fearing the worst after the Egyptian was forced out of their FA Cup final against Chelsea on Saturday evening. The 29-year-old suffered a groin complaint around 30 minutes into the game, although he was able to walk off the pitch when substituted.

Liverpool went on to win the tie on penalties after both teams failed to score inside 120 minutes. Mason Mount's miss allowed Kostas Tsimikas to score the winning spot kick and make it 6-5 in the shootout. He delivered, keeping Liverpool's quadruple dream alive.

The Reds, who won the EFL Cup in February, can complete the next stage of their historic bid by beating Manchester City to the Premier League title. They're currently three points behind Pep Guardiola's side with just two games remaining.

The Champions League is the final piece to the puzzle and, although Liverpool's quadruple bid could be over by that point, they will still be keen to win the biggest prize in European club football. The Reds have previously lifted six European Cups.

Salah will be particularly determined to win the Champions League after suffering an injury in the final four years ago against Real. He was brought off in the first half of the game in Kyiv, as the Spanish giants went on to win 3-1 and secure their 13th European title.

Will Liverpool win the Champions League final? Let us know in the comments below!

And it seems he will get the chance to play to inflict revenge on Real in two weeks' time. "Of course, of course," said Salah on Saturday evening when asked if he will be fit for the Champions League final, as quoted by the Liverpool ECHO. "It's all good!"

Manager Jurgen Klopp also seems confident Salah will make the final. "Mo came and he said he could carry on, but I felt a little thing," the German told ITV when asked about the Egyptian's injury. "I hope he will be fine."

Salah has been determined to face Real since Liverpool overcame Villarreal to reach the final. At that point, Real's place in the showpiece event wasn't confirmed. The Spanish giants went on to beat Manchester City in their semi-final 24 hours later.

"I want to play Madrid, I have to be honest," said Salah after Liverpool's win. "City are a really tough team, we played against them a few times this season. I think personally, I would prefer Madrid. We lost in the final to them so I want to play against them and hopefully win it."

Salah's team-mate Virgil van Dijk was also forced out of the FA Cup final, coming off at the end of normal. The Dutchman also didn't seem to be in too much discomfort and Klopp has confirmed he "had little problems" but believes he will be fine to face Real.

Van Dijk added: "Hopefully well, we’re going to check it out. I felt in the first half when I sprinted, I felt a twinge behind my knee, I played on. In the end, I can’t risk it for the team and I need to trust Joel. Hopefully it will be fine."

Mohamed Salah was forced inside the first-half of the FA Cup final, posing serious concern ahead of the run-in as…