Mohali blast: All you need to know about rocket-propelled grenade that caused ‘rocket-like fire’

The Director general of police (DGP) VK Bhawra conducted a meeting on Tuesday with senior officials. He later informed reporters that a projectile had hit the building in Mohali and the explosive used in it seems to be TNT (trinitrotoluene).

No one has been reported to be injured in the attack. "There was nobody in the room when this incident occurred. The impact was on the wall," the DGP said. The Punjab Police on Tuesday, however, said it has leads and will solve the case soon.

"A minor explosion was reported at the Punjab Police Intelligence Headquarters in sector 77, SAS Nagar at around 7.45pm. No damage has been reported. Senior officers are on the spot and an investigation is being done. Forensic teams have been called," the Mohali police said in a statement.

What is an RPG?

A rocket-propelled grenade or RPG is a shoulder-fired, anti-tank commonly used explosive projectile weapon, used by many armies across the world. They play a major part in contemporary warfare and are highly used among insurgent and terrorist groups.

The Soviet-era made the rocket-propelled grenade launcher fires a rocket out of a tube.

These warheads are affixed to a rocket motor and stabilised in flight with fins. Some types of RPG are reloadable, while others are single-use. RPGs, with the exception of self-contained versions, are loaded from the muzzle.

The origin of the RPG dates back to World War I. Western military powers have developed several such weapons. But experts believe that the RPG is the most prolific one and it is used in almost every major insurgency or terror affected region across the globe.

There were Soviet weapons preceding the rocket-propelled grenade which were also designated with the "RPG" acronym (RPG-40, RPG-43 and RPG-6) but those were anti-tank hand grenades and not launchers. The projectile of RPG launchers is similarly designated PG, (PG-7, etc.), which similarly stands for "anti-tank grenade".

According to the National Museum of the US Air Force, the RPG-7 has become a weapon of choice among terrorists and insurgents. Somali militiamen used RPG-7s to down two US Army helicopters in Mogadishu in 1993. The RPG-7 is commonly used by enemy forces in Afghanistan and Iraq, who employ them against vehicle convoys, checkpoints and helicopters. 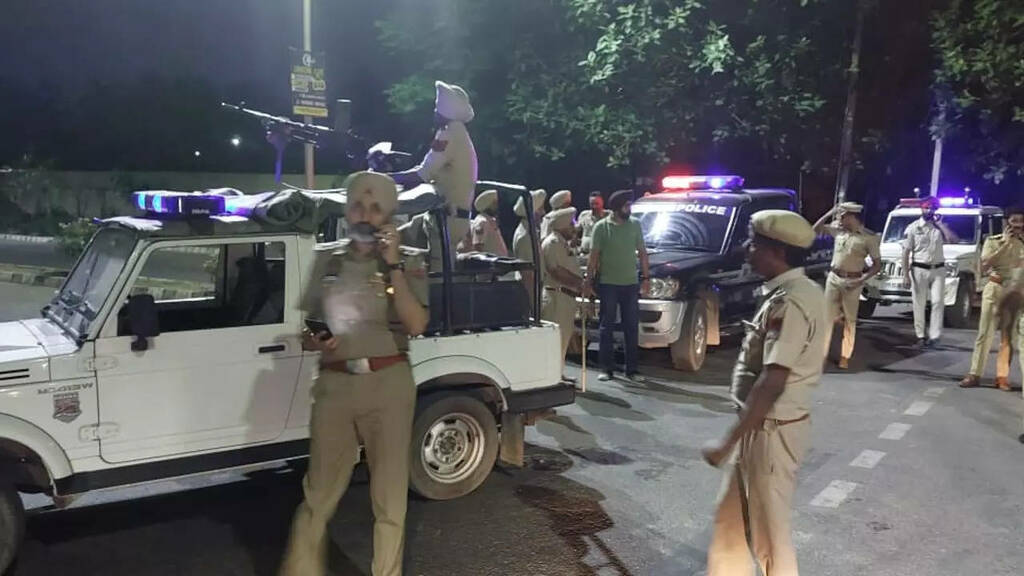 The Times of India
One subscription that gives you access to news from hundreds of sites
RPG attack: Mohali police recover launcher; round up 18-20 people

MOHALI: There was a bid to blow up the Punjab intelligence headquarters at Sohana in Mohali late in the evening…