Modi too scared to call China out: Congress 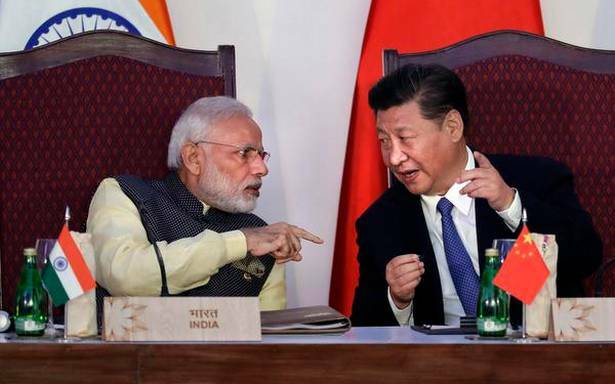 Prime Minister Narendra Modi is scared to call out China as an “aggressor” , the Congress alleged on Tuesday as the 13th round of senior military commander talks between India and China ended in a stalemate on Sunday last. It also questioned Mr Modi’s ‘continued’ silence in spite of fresh incursions by Chinese forces in Barahoti, Uttarakhand and upper reaches of Tawang in Arunachal Pradesh.

At a press conference at the party headquarters, its spokesperson Pawan Khera stated that the Ministry of External Affairs’ statement released on Monday raised some elementary questions. The Ministry had maintained that the situation along the Line of Actual Control ( LAC) had been caused by “unilateral attempts of the Chinese side to alter the status quo and in violation of bilateral agreements”.

Mr. Khera asked, “Why did PM Modi lie to the country when he said that no one transgressed in the Indian territory.”

Pointing to the August 30 incident, when reportedly 100 Chinese army personnel entered five km into Indian sovereign territory near Barahoti crossing in the Tun Jun La pass in Uttarakhand and stayed on for nearly three hours, he observed that it was a clear failure by the government and its agencies in guarding India’s security and sovereignty.

Chinese incursions over the past couple of years had happened in almost all sectors – from Ladakh to Uttarakhand to Sikkim to Arunachal Pradesh and the Chinese have been consolidating their infrastructure along the LAC. “The implications of the Chinese incursions are extremely critical, especially when the PLA isn’t even open to discuss de-escalation in two extremely strategic and critical sectors for India, Depsang and Daulat Beg Oldi sectors.”

After the 12th round of Military talks in August, it was mutually agreed that there would be a mutual troop pullback from the Gogra area. “But instead what happened? There has been a massive troop consolidation by China along the Daulat Beg Oldi Sector. The PLA has also upgraded its weapons system in the region. It has been reported that at least in one location along the Demchok sector, they have the advanced S-400 air defence missile system that poses a threat to aircraft within a 400 km vicinity,” he remarked.

Tension during the UPA years

These sectors, he noted, had seen similar tension during the UPA years too, but then Prime Minister Mr Manmohan Singh was able to diffuse the situation within 21 days. “Today, almost a year and a half later too, the issue is far from resolved.”

India lost out military advantage to China because of the Prime Minister’s lie to the nation. “For him national security doesn’t seem to be as important as maintaining his image, which was created on the premise of a lie. Because of this strategy of denying that PLA had taken control of parts of Indian territory, we today face unfavourable settlements across Galwan, Gogra and Hot Spring; we cheaply had to give away our gains at Pangong Tso south.” The government hadn’t even succeeded in putting PLA encroachments at Depsang during the talks, he added.