Modi to discuss security issues at DGPs’ meet in Lucknow 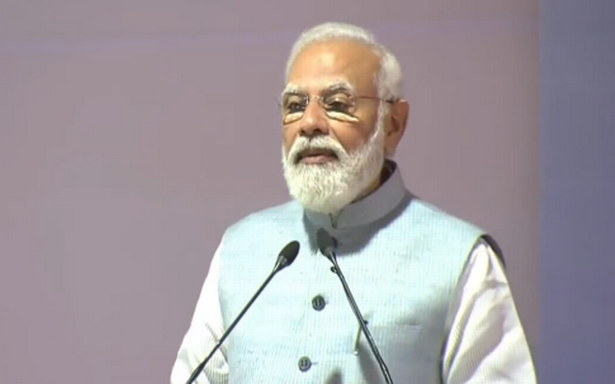 Prime Minister Narendra Modi will brainstorm over key security issues with senior police officers across the country at a three-day Director General of Police (DGP) conference beginning on Friday in Lucknow.

The annual conference, being organised by the Intelligence Bureau, will be attended by Union Home Minister Amit Shah and Uttar Pradesh Chief Minister Yogi Adityanath in hybrid mode. Few State DGPs and senior officers from the Central Armed Police Forces (CAPF) are expected to join the conference virtually while the Prime Minister and senior IB officials will be in Lucknow.

A senior government official said the conference would focus on recent success in the areas affected by Left Wing Extremism (LWE). In the past few days, Milind Teltumbde, a polit bureau member of the banned Communist Party of India (Maoist), was killed in an operation by the Maharashtra police, and central committee members Prashant Bose alias Kishan Da and his wife Sheela Marandi were arrested by the Jharkhand police based on intelligence inputs.

A detailed discussion on counter-terrorism threats post-Taliban takeover in Afghanistan is scheduled.

Religious radicalisation and rising threat from China and Pakistan are also on the agenda other than several other internal security subjects.

Due to COVID-19, the conference was held online last year.

The Modi Government has been organising the conference outside the national capital since it came to power in 2014. The last conferences were held in Guwahati, Rann of Kutch (Gujarat), Hyderabad, Tekanpur, Kevadia (Gujarat) and Pune.