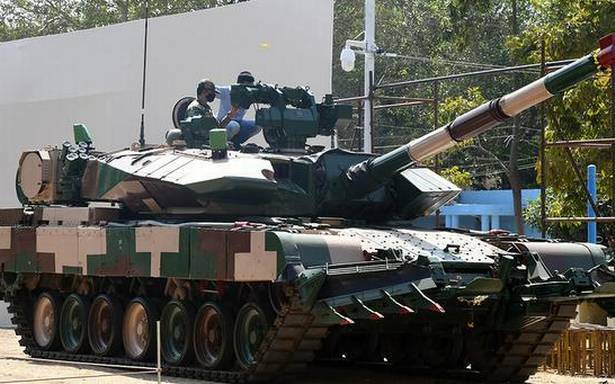 Ahead of the formal launch of the seven new Defence Public Sector Undertakings (DPSU), formed out the erstwhile Ordnance Factory Board (OFB), the Ministry of Defence (MoD) has converted all pending orders with the 41 factories under it into deemed contracts worth over ₹65,000 crore for the new companies, according to defence officials. Prime Minister Narendra Modi will formally launch the seven new DPSUs on October 15 via videoconferencing.

On June 16, the Union Cabinet approved a long-awaited reform plan to corporatise the OFB, following which effective October 1, all its assets, employees and management were transferred to the seven DPSUs.

“All the indents previously placed on the OFB by various Services, Central Armed Police Forces (CAPF) and state police have been converted into deemed contracts numbering 66 with a cumulative value of more than ₹65,000 crore,” a defence official said. This process had been smoothly concluded following months of extensive consultations with all the stakeholders prior to the unveiling of the new defence companies, the official stated.

In addition, it was also decided that 60% of the annual price of the indents would be paid by the Services to the new DPSUs as mobilisation advance, the official said. “Accordingly, mobilization advance for against the targets of FY 2021-22 have also been paid to the new DPSUs by the respective indentors, worth more than ₹7,100 crore.”

The Services place orders on the OFB for procurement of stores and capital items in the form of indents and the Ministry of Home Affairs (MHA) issues authorisations in the form of allocation to its CAPFs to procure items from the OFB. As on April 01, 2021 the pending order book position of the OFB from Services, the MHA and others was over ₹55,000 crore,” the official noted.

It was important to ensure grandfathering of orders pending with the OFB post corporatisation to ensure continuity in supply of strategic arms and ammunition to the Services, the MHA and others, he stated.

For this, the Department of Defence Production (DP) had constituted an Empowered Group of Officers (EgoO), for matters related to grandfathering of indents and orders pending with the OFB post corporatisation, chaired by Additional Secretary DP and with representatives from the three Services and Ministries concerned.

The EGoO, after a series of deliberations, submitted its recommendations to the Empowered Group of Ministers (EGoM) chaired by Mr. Singh, the official noted. Accordingly, with the approval of the EGoM, all pending indents were converted into deemed contracts with effect from October 01, 2021.