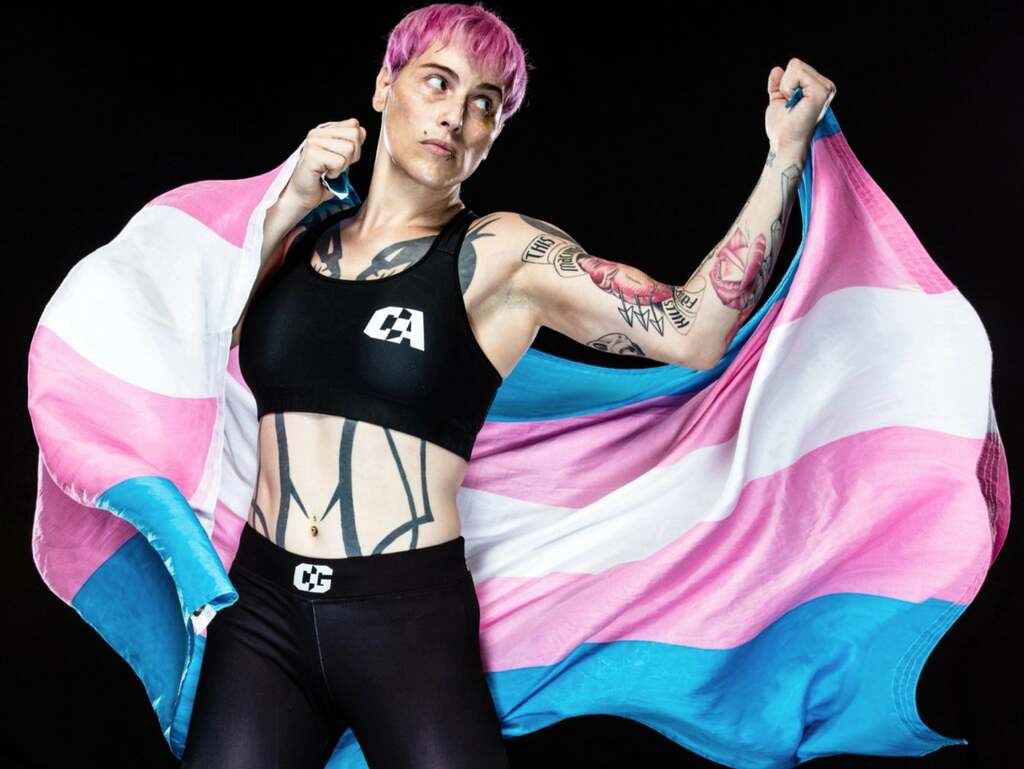 On Friday night, transgender MMA fighter Alana McLaughlin triumphed on her debut against Celine Provost after McLaughlin rear-naked choked her opponent 3 minutes 32 seconds into the second round.

While floods of support poured in across Twitter for the 32-year-old’s victory in the Combate Global prelims in Miami, one former MMA fighter’s bitterness took an offensive turn.

Jake Shields took to Twitter with a string of controversial tweets in an attempt to misgender and demean well-deserved winner McLaughlin.

‘This is the “woman” MMA fighter that they just allowed to beat up a girl in Florida’ Shields tweeted.

‘So brave of “her” to transition, then live “her” dream of beating up women’.

So brave of “her” to transition then live “her” dream of beating up women pic.twitter.com/3B7AbsbgWM

Fallon Fox, the first transgender woman to fight in MMA, was cage-side cheering on McLaughlin.

Following the fight, Fox congratulated McLaughlin’s triumph in a tweet which read: ‘Aaaaaaaaand here with the winner of tonight’s fight, by rear-naked choke, @AlanaFeral!!! #TeamTrans #TransAthletes’.

He continued to call the dynamic ‘sick’ and ‘perverse’ and said it ‘will only get worse if we sit back as a society and pretend it’s okay’.

Alana McLaughlin is clearly a real beautiful,brave and talented women and I wish her well beating up girls in Womens MMA pic.twitter.com/yfQySsUzxJ

Unfortunately for Shields, his monotonous tweets embarrassingly backfired as McLaughlin clapped back.

‘Lol Jake has a crush’, she tweeted. ‘Sorry sweetie, you started off on the wrong foot.’

Lol Jake has a crush

Sorry sweetie, you started off on the wrong foot. https://t.co/eeit5z5bit

Twitter users were quick to back McLaughlin and correct his controversial outbursts.

One called out his ridiculous tweets as a veil to hide that he is ‘irrationally disgusted by trans women.’

Like super feminist of you to rob the ""victim"" of her agency by painting her as a helpless female.

They didn't fight girls, they fought other women

I think you describing it as "sick and perverse" says all we need to know. You don't care about it being fair or the science or anything, you're just irrationally disgusted by trans women

So proud of her! This must have been scary considering how many bigots she's going to face, all the love her way ❤️❤️❤️ and she look stunning !!

While another highlighted his obsession with McLaughlin, ‘How much of your day do you spend thinking about this person?’

Who exactly are you again?

I know you were an MMA fighter.

I didn't know you were an authority on women, though.

Seeing how his fighting "career" is going, my guess is that he's angling for some of that sweet, sweet wingnut welfare. Regular Fox News contributor, or at least a lucrative yt channel.

Just admit that the concept of a woman doing anything you don’t have control over is something you can’t mentally handle.

And if you think she’s so “manly” then fight her in the ring.

Do the Covid vaccines actually cause ‘swollen testicles’ like Nicki Minaj claims?