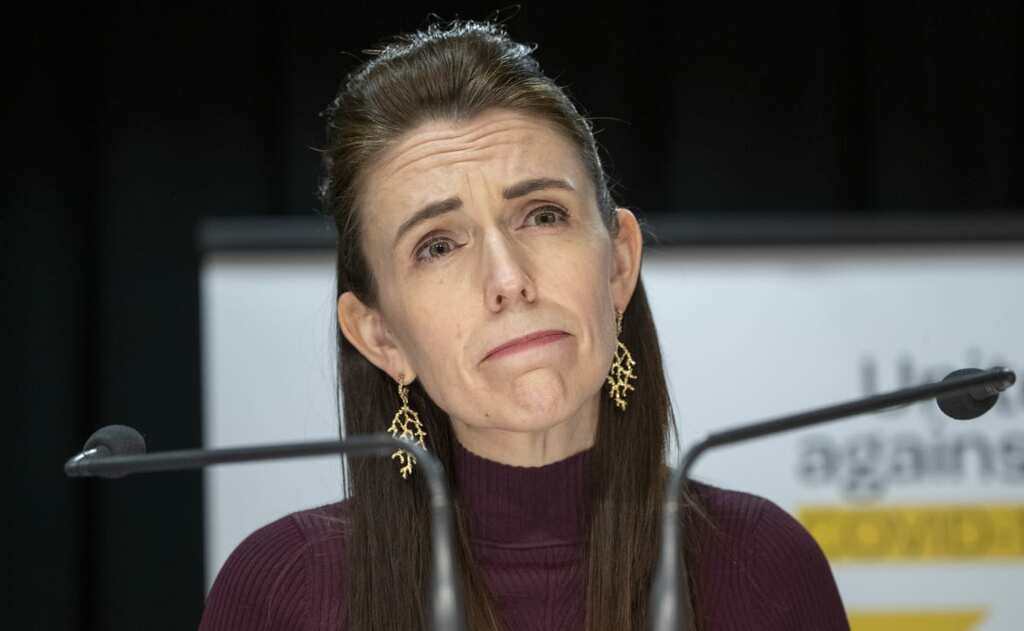 Officials are still searching for missing pieces of the Delta outbreak puzzle and it's hard to see Auckland moving to Level 3 while those gaps remain unfilled, writes Marc Daalder

Analysis: On Sunday, ahead of a Monday Cabinet meeting to decide whether Auckland's four-week Level 4 lockdown will be extended yet again, Jacinda Ardern chose to focus on the good news.

That good news, she said, was reiterated to her by public health teams in Auckland just that morning: We still know where the vast majority of our 922 cases have come from and how they link up to the bigger cluster.

A majority of each day's new cases are still household contacts of other cases. Based on the number of household contacts who are yet to receive a Day 12 test, we can expect another 50 or so cases from this group, Director-General of Health Ashley Bloomfield said. However, they're all in isolation and so won't lead to any new cases on their own. Most of this outbreak is well under control.

Another piece of good news was that testing numbers from Auckland are looking good, indicating that we are probably finding most of the cases that are out there.

But the factor that will ultimately determine Auckland's fate is the bad news, which Ardern divulged when asked: There are still a handful of our 922 cases which are unlinked and could be red flags for ongoing, undetected community transmission.

It's important not to catastrophise here. Bloomfield was right to say there is no widespread undetected community transmission in Auckland. But even a handful of cases going unnoticed could turn into a bonfire at Level 3 and a conflagration at Level 2.

That's why national attention has turned from daily case numbers to the percent of unlinked cases and those which may have been infectious in the community. Within Government, there is now a laser focus on a fraction of a fraction of the outbreak and just three of 16 sub-clusters.

That fraction of a fraction are the unlinked cases which could have infected those outside of their households, or who were found recently (indicating they were infected by a recent, potentially discoverable missing link) but not too recently (because investigations can take a few days to link new cases to the cluster). Of the 34 unlinked cases in the outbreak, Ardern described the number that concerned her as "a handful".

The three sub-clusters of concern are out of nine which officials don't consider to be contained, but these three are the only ones that they see as flagging spread outside of households.

Each of the sub-clusters is different. The largest, containing 164 cases, is community spread that has been genomically linked to the larger Māngere church sub-cluster. This doesn't necessarily mean people have been breaking the rules, but could instead be indicative of spread through essential workplaces and amongst essential workers.

Ardern suggested this was the case, telling Newsroom, "Actually, some of that secondary transmission has been in workplaces that you'll know about as well and that's where it stemmed back to".

Another sub-cluster involves 51 cases and last reported new cases on September 8. There's positive news around this one, with the number of cases linked to it "clearly slowing down", Bloomfield said.

The final sub-cluster of concern encompasses 28 cases across a number of households in Māngere and Manurewa. While officials have a good sense of how many contacts are linked to this cluster and that more of them are likely to test positive, it is the genomic sequencing here that has thrown up red flags.

The genomes of the cases in this sub-cluster are quite similar to that of the Sydney returnee who sparked the outbreak. Most cases detected these days have mutations that allow public health officials to easily sort them into different sub-clusters. The Māngere church sub-cluster, for example, has a mutation not shared by those in the Birkdale social group sub-cluster.

The lack of new or notable mutations in this sub-cluster of 28 cases means there could be a larger missing branch of transmission that has led to these cases.

In the end, every outbreak is like a Wasgij puzzle, where you don't know the image you're building until you've completed it. The sub-clusters are different parts of the puzzle - one is a blue car, and all the blue pieces fit together nicely, while another is someone's black-and-white striped t-shirt, which is difficult because there are other parts of the puzzle that also have black and white stripes.

Most of the new pieces we're finding can be easily slotted into the image. For those that are a bit tougher, we have a powerful tool in genomic sequencing. Because, as it turns out, this puzzle is double-sided. On the back of each piece is a combination of letters and numbers, and the pieces with the same combination all fit pretty close to each other.

The task for officials now is to make sure that each new piece of the puzzle fits in alongside the others, and that each sub-cluster can be linked back up to the broader image. Any missing pieces raise the spectre of a whole new part of the puzzle that we haven't yet found. Those undetected chains of transmission can only be ruled out by a thorough search for new pieces (via surveillance testing) or by finding the missing puzzles pieces and making sure they don't have an end that's been left unconnected.

"We don’t yet know how effective Alert Level 3 will be for controlling the highly transmissible Delta so we want to be confident there are no pockets of undetected cases in the community before we move down alert levels," Rachelle Binny, a disease modeller at Te Pūnaha Matatini whose work informs the Government's decision-making, told Newsroom.

"It can take a while to connect the dots and link a new case to another known case but ideally, we want to see numbers of mystery cases drop to zero, while keeping surveillance test rates high, to safely ease restrictions."

So long as there are even a handful of recent gaps in the puzzle, it will be hard for the Government to justify moving Auckland down a level. The last thing they want is a repeat of February's alert level rollercoaster with the even more transmissible Delta variant, where a too-hasty step down could lead to many more weeks in strict lockdown.