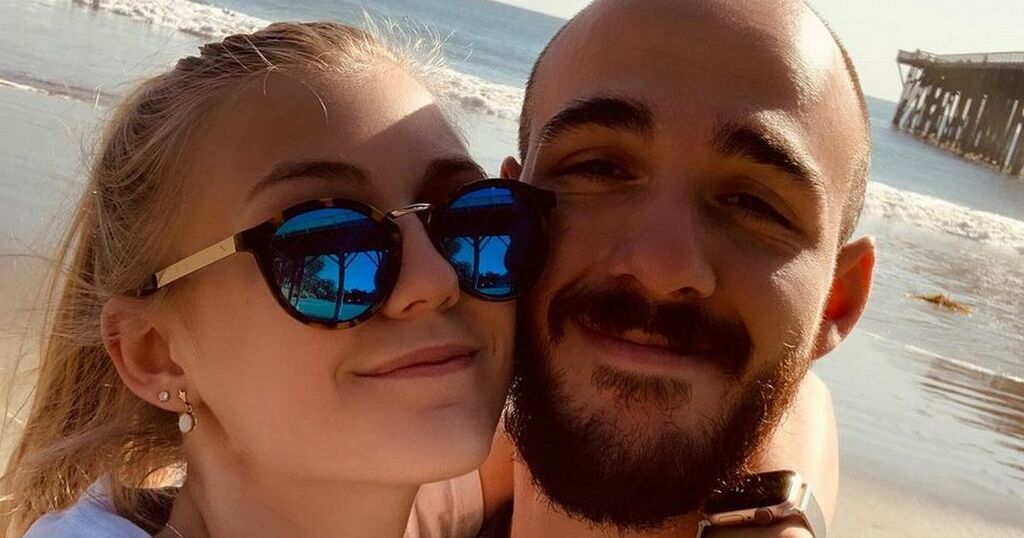 A mysterious text is said to have suggested that a missing YouTuber was actually 800 miles away from where she is believed to have vanished.

The case of Gabby Petito, 22, has taken another twist after as it was alleged a message was sent from her phone to relatives in late August indicating she had reached "Yosemite".

It is likely that this referred to the sprawling national park, in California - a 14-hour drive from Yellowstone, in Wyoming, where she was previously thought to have been last seen.

But Ms Petito's family have already cast doubt on whether she sent the texts, instead saying that it is a "possibility" that her boyfriend Brian Laundrie, 23, authored them.

The young couple, who lived in Florida, were travelling across the US in a white van together and documenting their journey, having set off from New York in July.

Do you have any information about this story? Email webnews@mirror.co.uk.

Police have declared Mr Laundrie - who has acquired the services of a lawyer - as a "person of interest" in the case, with the FBI also involved.

According to MailOnline, a curious message from Ms Petito's mobile phone was sent on August 30, which read: "No service in Yosemite".

The missing girl's mum said she last spoke on the phone with her daughter on August 23 or August 24, before exchanging texts on August 27 and then again three days later.

But Nicole Schmidt said those messages didn't sound like something her daughter would write - and has claimed that "it may not have been her."

Asked whether she thinks Mr Laundrie sent the texts, she said: "Yes, which may not be the truth, but it's a possibility. It was just a little bit weird, the things that she was saying."

North Port Police Department - the force covering the city where the young couple lived - posted an update about the case on September 15.

It said: "The national search into the disappearance of Gabrielle Petito of North Port continues. Due to the parties in this case residing in North Port, Florida, the North Port Police Department will be the primary investigating agency, in partnership with the Federal Bureau of Investigations.

"We will also continue to work with the Suffolk County Police Department, and we are thankful for their assistance.

"Several detectives are working around the clock to piece this complex and far-reaching situation together.

"Gabrielle’s vehicle was recovered here in North Port at her home on September 11th.

"A home shared with her boyfriend Brian Laundrie and his parents. That vehicle was fully processed for evidence along with FBI agents Tuesday evening.

"As of now, Brian has not made himself available to be interviewed by investigators or has provided any helpful details.

"We have no information that a crime occurred here in North Port. Brian Laundrie is a person of interest in this case."

Todd Garrison, the force chief, added: "As a father, I can imagine the pain and suffering Gabby’s family is going through.

"We are pleading with anyone, including Brian, to share information with us on her whereabouts in the past few weeks.

"The lack of information from Brian is hindering this investigation. The answers will eventually come out.

A statement continued: "Prior to the last communication, Gabrielle is believed to have been in Grand Teton National Park in Wyoming.

"Petito and Brian were traveling in a white 2012 Ford Transit van with Florida license plate QFTG03.

"She has blonde hair and blue eyes, and several tattoos, including one on her finger and one on her forearm that reads “let it be."

The latest update comes after an Instagram post shared by Mr Laundrie was discovered - which read: "Till death may part us".

The post, shared last year, read: "My biggest fear is that one day I’ll wake up and it will have all been a dream, because that is what every second has felt like since the moment we found each other.

"Till death do us part or until I wake up, I’m so happy the answer was yes, Love you hunny."

The Instagram post surfaced just after Mrs Schmidt said she has been trying to get in touch with Mr Laundrie - but her frantic messages to him had been ignored.

Mrs Schmidt said that, as far as she knows, Mr Laundrie's family were very welcoming to her daughter and "treated her like one of the family."

She clarified that the couple had been engaged, but decided to call it off and go back to just dating because they felt they were too young for marriage.

Mr Laundrie's family previously announced that they had decided to take a step back from the search.

A statement said: "This is an extremely difficult time for both the Petito family and the Laundrie family.

"I understand that a search has been organised for Miss Petito in or near Grand Teton National Park in Wyoming.

"On the advice of counsel, the Laundrie family is remaining in the background at this juncture and will have no further comment."