Missing coal: govt. to act based on panel’s report 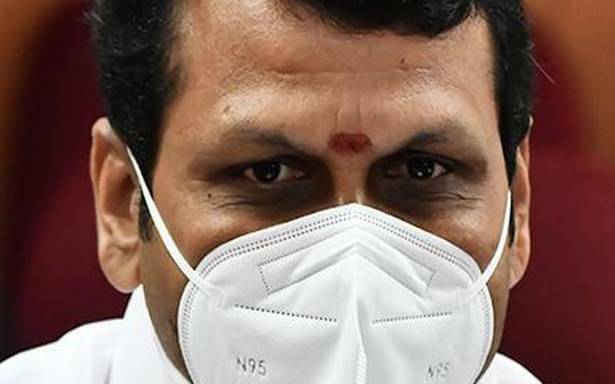 The Tamil Nadu government will take action based on the report that will be submitted by a committee probing the issue of missing coal, amounting to about 2.38 lakh tonnes, from the Tamil Nadu Generation and Distribution Corporation Limited’s (Tangedco’s) north Chennai power plant, Electricity Minister V. Senthilbalaji informed the Assembly on Tuesday.

Though a preliminary report has been submitted to the State government in this regard, a detailed report is expected from the committee, he said. Taking a swipe at the erstwhile AIADMK regime, the Minister said though the previous government had said that a committee had already been constituted, the panel was set up only a few days before the counting of votes for the 2021 Assembly poll.

Earlier in the day, legislators from the ruling DMK and the principal opposition, AIADMK, engaged in a heated debate, blaming each other of having caused a loss to the State exchequer by the “mismanagement” of the State’s electricity sector.

While DMK MLA I. Paranthamen (Egmore) cited reports of the Comptroller and Auditor General (CAG) to contend that the AIADMK regime had mismanaged the sector, former Minister and AIADMK legislator P. Thangamani (Kumarapalayam) countered his statement and said there were some other CAG reports that pointed out “mismanagement” during the earlier DMK government too.

Mr. Thangamani also said one should be surprised only if a CAG report heaped praise on the performance of a government. He said the CAG report was based on assumptions.

To support his argument, he pointed out the delay in execution of nuclear power plants in Kudankulam. “It became a reality 16 years after the MoU was signed. Everything gets delayed before resolving issues associated with a project,” he said.

Mr. Thangamani said whether it was Tangedco or the Transport Department, they were being run to serve the people, and were not driven by profit making.

He also said it was not possible for a State to reach a power surplus position with just its own generation.