Perth and Kinross Council's SNP group has secured the support needed to form a minority administration.

The SNP group has swollen from 13 to 16 councillors following last week's local elections - making it the biggest political group in Perth and Kinross Council.

But there will be no coalition arrangement.

The SNP will seek to go it alone as a minority administration with 16 out of the 40 councillors.

Talks have been ongoing since the results of the May 5 elections were declared on Friday when the Conservative group - which was latterly in a minority administration - reduced from 18 councillors to 14.

Last night SNP group leader Grant Laing announced: "I am pleased to be able to confirm that, following discussions with other elected members, sufficient support has been obtained to allow the SNP to form a minority administration.

"Whilst there is not a desire for a coalition administration, a majority of councillors have acknowledged that, as the largest group, the SNP has the right to have the opportunity to form the new administration in line with the election result.

"These discussions over the weekend and today (May 10) have been professional and productive, with many elected members across the spectrum sharing key priorities for the future of Perth and Kinross, and we look forward to working collaboratively with others on developing a cross-party, five-year plan in line with these shared objectives.

“We are confident that this collegial and mature approach to local government is what the people of Perth and Kinross want to see from their elected representatives.

"We certainly wish to have mutually respectful and constructive relationships with others to ensure the best outcomes for all who live in, work in, or visit our beautiful area.”

He said: "The first priority of this SNP administration will be to seek to draw all councillors from all political parties and none together to agree what more we can do to help the people of Perth and Kinross deal with the cost of living crisis.

"Every one of our constituents will be facing difficulties and, for some, those challenges will be unbearable. We will start work right away to identify what practical help the council can give to those who are struggling the most."

It is understood the proposal for the SNP to form a minority administration will go before councillors when they all meet for the first time since the elections - provisionally - on May 25.

The four Independent councillors have agreed to form a political group as the Independents. While they will not enter into coalition with the SNP, they will allow the SNP to form a minority administration.

Scottish Labour's Anas Sarwar ruled out Labour entering any formal coalitions in Scotland's councils. In Perth and Kinross Labour's two councillors are taking a position of neutrality and will not support any proposal.

As a result even if collectively the four Liberal Democrats and 14 Conservatives chose to oppose the proposal they would not have the support needed to form their own coalition administration.

Independent Highland Perthshire councillor Xander McDade said: "The Independent councillors will not be going into coalition with any party.

"The Independent Group has agreed that the SNP as the largest party on the council should get the first opportunity to form a new administration."

He added: "The Independent councillors are clear, as we indicated before the election, that the council needs a five-year plan that will deliver on agreed policies for our local communities, and we will work constructively with all parties on the council to agree and deliver that plan.

"As in the last council, the Independent councillors will continue to provide strong scrutiny and play a role in the wider governance of the council.”

Labour's Alasdair Bailey said: "We in Perth and Kinross will have a position of neutrality."

Conservative leader John Duff said: "There will not be an agreement until May 25 when we hold the next council meeting.

"We have had discussions with some councillors we feel we could work with to see if there's a majority. It's not easy to form a majority."

The Liberal Democrat group is meeting today (May 10) to make its group appointments.

Ultimately proposals look set to go before councillors on May 25 - including who will be the next provost. 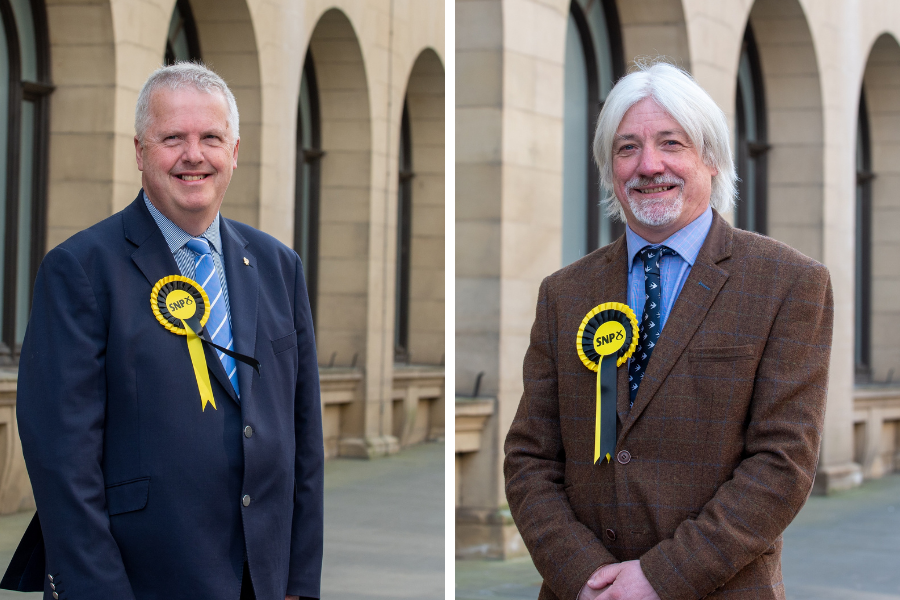 The SNP say that they spoke to all parties and independents before going it alone, but Labour have accused the…