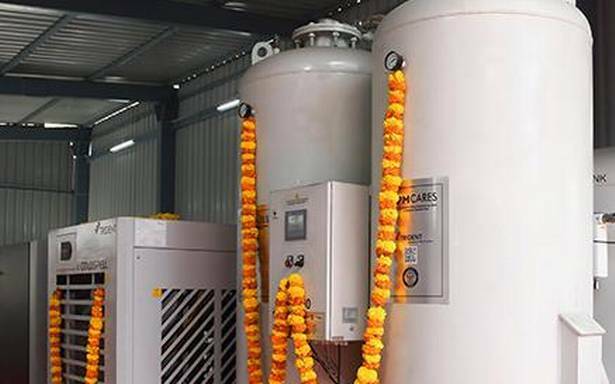 With the State getting the nod to admit students to 850 of the 1,650 seats in the 11 new government medical colleges recently, Health Minister Ma. Subramanian said all minor deficiencies, pointed out by inspection teams, in the colleges in Namakkal, Ramanathapuram, Tiruppur and Tiruvallur had been rectified in the last 10 days.

Recently, the Union Health Ministry had granted permission to admit 150 students each to medical colleges in Virudhunagar, Kallakurichi and the Nilgiris, and 100 each to the ones in Namakkal, Ramanathapuram, Tiruppur and Tiruvallur. He said the minor deficiencies pointed out in medical colleges in Dindigul, Krishnagiri, Nagapattinam and Ariyalur had also been rectified.

“The Director of Medical Education is in Delhi with the reports. He will be meeting officials of the Union government to urge them to grant approval for the remaining seats — 50 each in Namakkal, Ramanathapuram, Tiruppur and Tiruvallur medical colleges — that have been kept pending due to minor deficiencies. He will seek re-inspections for the colleges in Dindigul, Krishnagiri, Nagapattinam and Ariyalur,” he told reporters at the Rajiv Gandhi Government General Hospital (RGGGH) on Thursday.

He said under PM-CARES, PSA (pressure swing absorption) oxygen-generator plants had been sanctioned for 70 places in Tamil Nadu. The two plants set up at RGGGH were inaugurated by the Prime Minister on Thursday. He said the plants had a capacity to produce 64,900 l of oxygen a second. Through this, 121.36 metric tonnes of liquid oxygen would be obtained, catering to the oxygen requirement of 6,490 beds at the rate of 10 l each, he said.

Seventy-seven oxygen-generation plants had already been brought for use in government hospitals through corporate social responsibility funds, he said.

He criticised AIADMK coordinator O. Panneerselvam for his statement that X-ray results were provided on paper instead of films at the Government Hospital, Kovilpatti, due to shortage of funds. The Minister clarified that providing results on films had been stopped at all places, and results were being shared digitally with the respective doctors, unless they were required to be submitted as evidence in courts in cases such as accidents.

On Mr. Panneerselvam’s statement that the DMK government had allocated only ₹18,933 crore for the Health Department in the revised Budget, while the AIADMK government had allocated ₹19,420 crore, the Minister said he should look into fund allocation under various heads in the Budget. He said he was open for debate if Mr. Panneerselvam pointed out where lesser funds had been allotted.