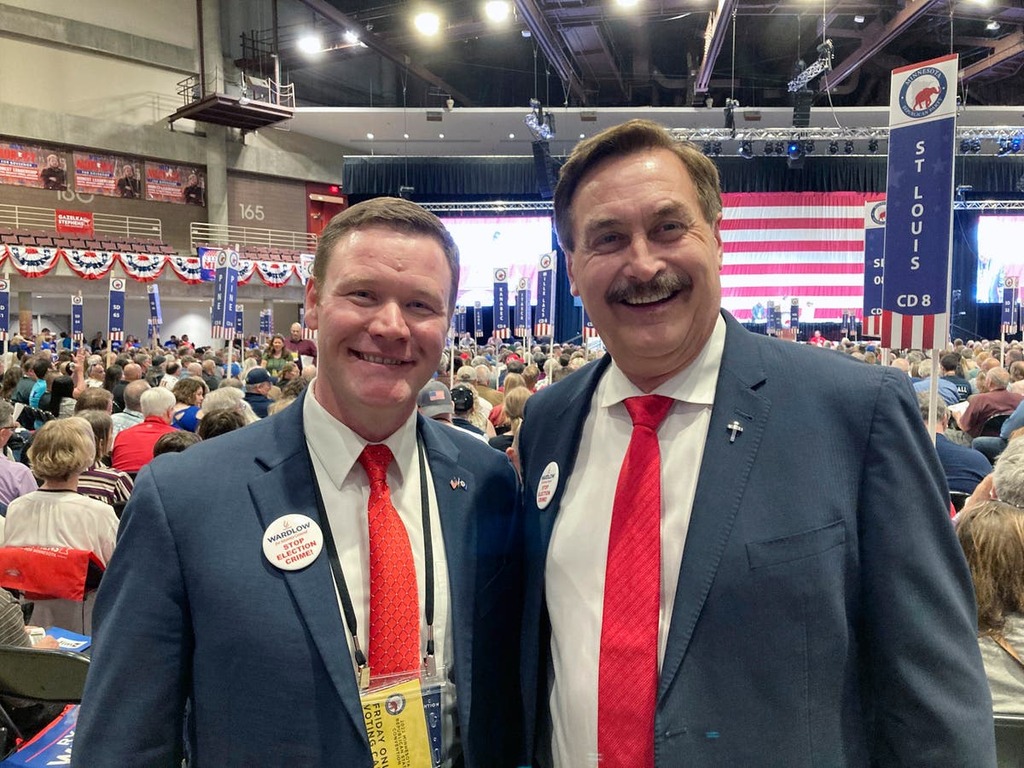 Roll Call
One subscription that gives you access to news from hundreds of sites
Number of contested GOP legislative primaries up 73% in 2022
Welcome to the Tuesday, May 10, Brew.

Republicans are increasingly worried that a ticket led by gubernatorial frontrunner Doug Mastriano could lead to defeat in November.

Endorsing a candidate who can topple Democratic Gov. Tim Walz in one of the Midwest's rare liberal-dominated states tops the agenda as Minnesota Republicans gather for their state convention Friday and Saturday.

They’ll choose from a field led by a physician skeptical of coronavirus vaccines and mandates, a former Senate majority leader, and a Black business executive trumpeting his outsider status. The 2,200 delegates are eager to reverse their party's repeated defeats in elections statewide since 2006.

The outcome at the convention hall in Rochester will essentially settle the GOP field for the November general election, assuming there's no deadlock. Minnesota Republicans traditionally abide by their party's endorsements. And none of the Democratic candidates for statewide office faces a significant challenge from within their own party, which portends few fireworks for their own state convention one weekend later.

GOP delegates are expected to endorse in the governor's race on Saturday, with a deadline to exit the venue by 6 p.m. Leaders plan to use an electronic voting system to speed the process, reducing the chance of a deadlock that could be caused by counting paper ballots.

Dr. Scott Jensen, a former state senator, got the earliest start in the GOP field. The folksy doctor has raised the most money and built a national following on social media as he leveraged his medical credentials to promote vaccine skepticism. He also opposed the mask mandates and school and business closures that Walz imposed to slow the spread of the coronavirus.

Jensen has also been stressing his uncompromising anti-abortion position in recent days, bolstered by his running mate, former Minnesota Viking and Baltimore Raven Matt Birk, a social conservative who refused to visit the White House after the Ravens’ 2013 Super Bowl victory because of President Barack Obama’s support for abortion rights. Jensen raised eyebrows recently when he suggested Democratic Secretary of State Steve Simon should go to jail for actions he legally took to make it easier to vote amid the pandemic.

Sen. Paul Gazelka was the state's highest ranking elected Republican before he stepped down as Senate majority leader to run for governor. His main theme has been law and order in the wake of the sometimes violent unrest and spike in crime following the police killing of George Floyd in 2020. He's been endorsed by the state's biggest law enforcement association and has highlighted the close ties he enjoyed with President Donald Trump.

But Kendall Qualls has been coming on strong. Qualls, who is Black, has underlined his rise from poverty to success. He challenged incumbent Democratic U.S. Rep. Dean Phillips in 2020, losing by 11 points but impressing Republicans in the process. He raised nearly $468,000 in the first three months of the year, the highest first-quarter take for any candidate, and has won some recent straw polls. Like Jensen, he also has a football connection. His campaign co-chair is former NBC sideline reporter Michele Tafoya.

The main business for Friday is endorsing candidates for the three other statewide offices on the November ballot: attorney general, secretary of state and state auditor. The endorsement to take on Democratic Attorney General Keith Ellison has drawn the most attention. It's an office Republicans haven't won since 1968.

Former legislator Doug Wardlow is making his second run for the job after losing to Ellison by less than 4 percentage points in 2018. He's general counsel at MyPillow and has the backing of its CEO, Mike Lindell, who perpetuates the baseless claim that Trump won the 2020 election.

Former Washington County judge, former Hennepin County commissioner and former legislator Tad Jude has the most political experience in the race. He points to his 10 general election victories as evidence of his electability, as well as his anti-abortion record from seven terms in the House and Senate. He has picked up a string of endorsements from current legislators in recent weeks.

Also hoping to take on Ellison are business attorney Jim Schultz, who has police association backing; former legislator Dennis Smith, who has the most money in the bank; and Second Amendment attorney Lynne Torgerson.

Roll Call
One subscription that gives you access to news from hundreds of sites
Number of contested GOP legislative primaries up 73% in 2022
Welcome to the Tuesday, May 10, Brew.

Republicans are increasingly worried that a ticket led by gubernatorial frontrunner Doug Mastriano could lead to defeat in November.