Mining giant BHP announces workers must be COVID-19 vaccinated by end of January, 2022 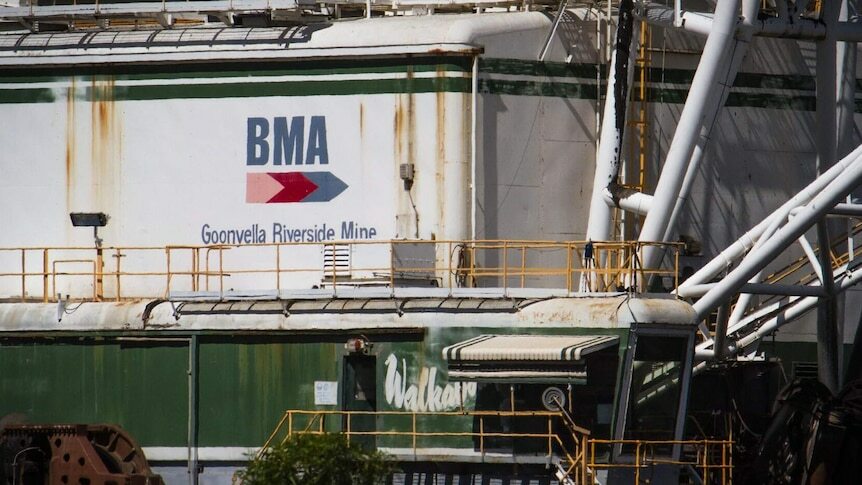 Workers at BHP coal mines across the country have been told they'll need to be vaccinated soon if they want to continue working for the company.

The mining giant says vaccination against COVID-19 will be a condition of entry to its Australian sites and offices by the end of January, 2022.

"We have undertaken a thorough assessment and believe that this is the right path forward to protect the health of our people," BHP Minerals Australia president Edgar Basto said.

The company has announced its stance after considering the mandatory vaccine policy for a number of weeks.

The mandate will come into effect sooner for sites in New South Wales.

In a statement, BHP did not specify when NSW workers would need to fulfil the requirement.

The ABC understands there were mixed responses from workers, who received the news Thursday morning.

The CFMEU says it's disappointed but not surprised by BHP's announcement.

"There's a lot of unknown questions that haven't been answered around what BHP, particularly in Queensland coal, have decided to do," Mining and Energy Queensland president Steve Smyth said.

Mr Smyth said there had been a lack of meaningful dialogue with workers about their main concerns.

"Will they be paid, will it be on company's time, what if there's an adverse reaction, what if someone has an exemption?" he said.

"There's a lot of contractors and labour hire. Unless they're members of the union, they don't really have a voice."

"We just want to make sure people are informed and have personal choice."

The announcement came the same day Queensland's Chief Health Officer Jeanette Young visited Mackay, where a large portion of the state's mine workers live, and where vaccination rates are among the lowest in the country.

"There hasn't been that push to get vaccinated that we've seen in other places," Dr Young said.

"Now, today, is the time to get vaccinated."

What about other mining companies?

"Other companies are giving it consideration and that's a matter for [them] to make decisions on," said the peak industry body's chief executive Ian Macfarlane.

"One thing is for sure and that is: resource industry workers need to get vaccinated.

"Whether it's because a company is telling them to or because they're working and flying across the state, we need to be sure not only that they are protected from COVID, but also the community they work in are protected."