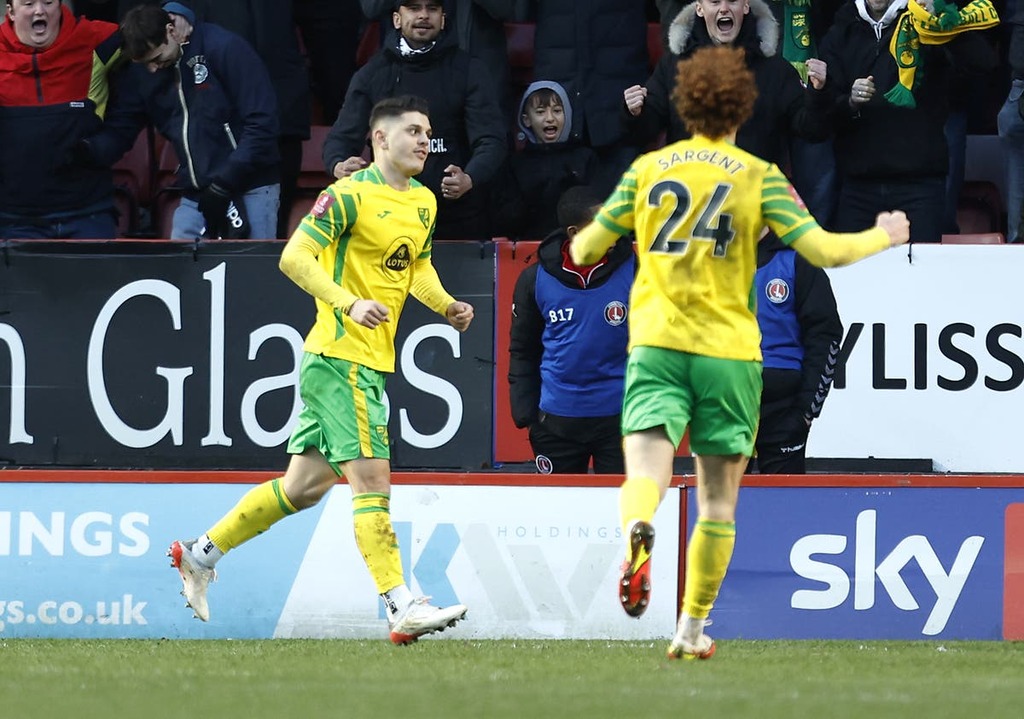 The Kosovo international struck with Norwich’s first goal since November 30, against the run of play in the 79th minute, after Charlton had dominated for large parts of the game.

Half-time substitute Rashica, who had played a large part in the Canaries’ improved second-half performance, was alert at the far post to tap home from a Teemu Pukki cross to give the visitors the lead.

It was Rashica’s first goal for the club since his move to Carrow Road in the summer, and it brought an end to Norwich’s five-game losing streak.

League One Charlton put in an impressive performance, and had the majority of the possession as well as more shots in their tie against a team two leagues above.

Charlton started brightly and looked to get forward, but neither side were able to create any significant chances in the opening 15 minutes of the match.

The home side had a good chance on the counter in the 19th minute, Ryan Inniss slid in with a well-timed tackle on Ozan Kabak to halt the Canaries.

When they won back the ball, it was played through to Elliot Lee who drove into the box before unleashing a curled strike but it was just wide of the target.

Charlton had the best chance of the first half in the 32nd minute when the ball came in from Lee on the left and found Jonathan Leko in the centre of the box, but he fired over.

The Addicks kept the pressure on, and Tim Krul made an unconvincing save to deny Alex Gilbey from outside the area as the ball bounced just in front of the Canaries goalkeeper and he could only parry the ball over the bar.

Norwich who had been outpaced throughout the first half by their League One opponents, had to wait until the 39th minute for their first shot of the match, as Kenny McLean fired a speculative effort over the goal.

Norwich’s first shot on target came in the 56th minute, when McLean’s side-footed effort caught a defender and was straightforward for Charlton goalkeeper Stephen Henderson.

Moments later however, it was the Premier League side who broke the deadlock, Pukki escaped down the right and as he was closed down by Henderson, he sent the ball across the face of goal for Rashica to finish.

Charlton’s Ben Purrington had a header rebound off the crossbar in added time, but they could not find the equaliser as Norwich progressed through to the fourth round.