Millions of adults understand the need to do their bit for biodiversity – with 73% of hay fever sufferers even willing to plant flowers in their garden.

A study of 2,000 adults also revealed over half (54%) are more inclined to let their garden become more overgrown to help bees play their part, despite the chances of being stung.

Nearly nine in ten (88%) have added bug hotels, bird feeders and bee pollinators to homes and gardens to do their part.

And a fifth are happy to put up with worms moving near them while they are sitting on the grass.

And despite 63% of those polled suffering from hay fever, 89% of those are happy to put up with symptoms such as itchy eyes, runny noses and watery eyes, in a bid to support nature.

Graham Wilkinson, vice president of agriculture from Arla, which commissioned the research ahead of World Bee Day today (Friday 20th), and World Biodiversity Day on Sunday, May 22, said: “We know how important pollinators are for nature, given that around a third of the food we eat relies on pollinators such as bees.

“That is why last year we launched The Arla Bee Road.

"The initiative aims to help everyone to grow and improve pollinator habitats, however big or small, by joining our farmers and planting pollinator pit-stops to help bees and bugs travel around the country.

“So, while the bees are loving it, we know that many humans are reaching for the tissues and sunglasses to soothe their hay fever symptoms.

"We are sorry about that – just not that sorry.”

The study also revealed that wasps, woodlouse, flies and bluebottles were found to be the creatures respondents dislike the most.

But over a quarter (28%) are looking to take part in “No Mow May”, to help encourage the growth of these creatures’ natural habitats.

When asked what they think is the most important thing to do to encourage biodiversity, planting pollinator patches for bees, protecting habitats, and planting trees came out on top.

And 29% feel confident they know which flowers are best to attract pollinators like bees within their garden.

Many are already doing their bit for biodiversity, including making “wild” areas in their gardens, and leaving logs near their home to encourage small insects and creatures.

Despite this, only one in five consider their garden to be completely friendly to bees and other pollinators.

Some 22% would like to do more, but don’t know where to start.

It also emerged that a third (34%) feel proud that encouraging biodiversity in the British countryside is a priority – with 63% believing it's important that businesses encourage biodiversity.

And 71% think the overall impact on the health of the planet would be significant if everyone did their bit to encourage biodiversity.

Nearly two-thirds (64%) understand why bees are important in the fight to save our biodiversity, and 57% are connecting bees with many of the foods we eat every day.

Despite this, nearly a third wouldn’t know what to do if they spotted a bee in peril – with some admitting they would simply “do nothing”.

More than a quarter (26%) admitted if they saw a bee floundering on the floor, they would “put it out of its misery” or “just nudge it off the path”.

But 37% of those polled, via OnePoll, would offer a struggling bee sugar water, while 33% would pick it up and pop it on a flower.

10 THINGS BRITS HAVE IMPLEMENTED IN THEIR GARDENS IN ORDER TO BE MORE BIODIVERSE: 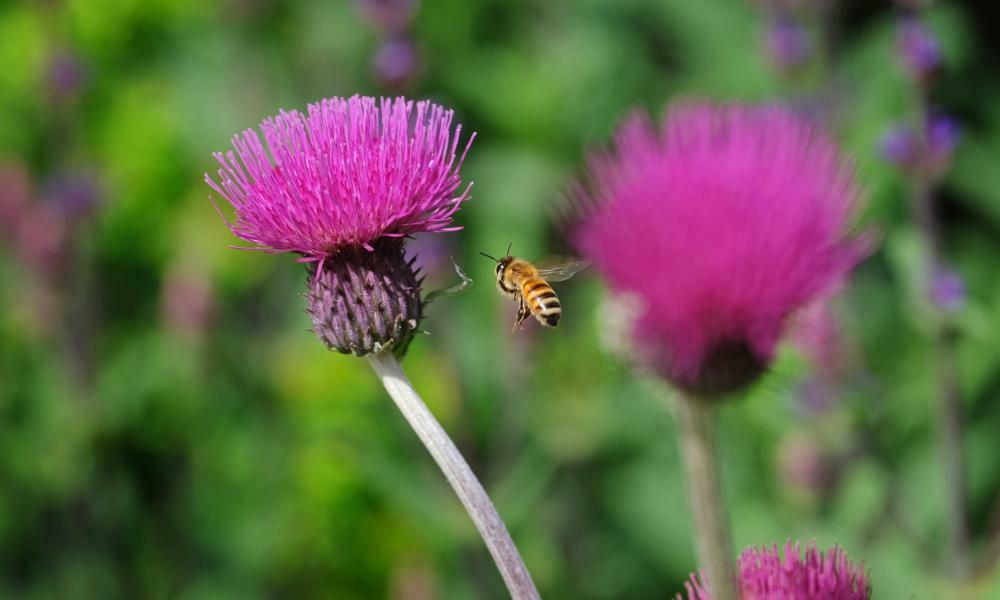 Bees play a vital role in our ecosystem, but they've become more endangered over the years - which is why…