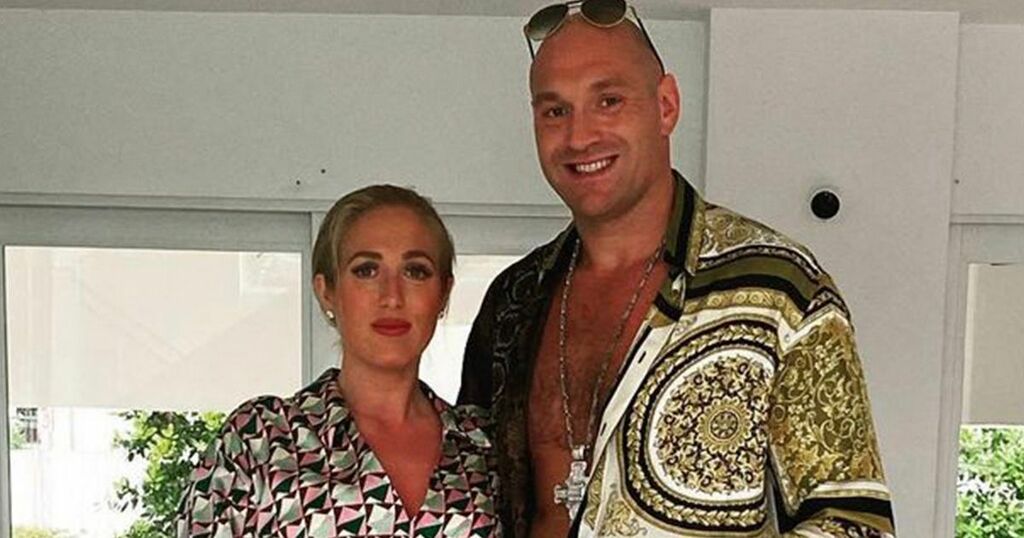 Millionaires Tyson Fury and his wife Paris have splurged on 75p tins of custard at popular home store, Home Bargains – despite being worth an estimated £120million.

The heavyweight boxer laughed as his wife Paris pushed the trolly around the popular store, scooping up four 400g cans of Ambrosia custard priced at 75p each.

The same custard is 5p more in stores like Sainsbury's meaning the thrifty millionaires saved just 20p on tins of the yellow stuff.

Known fondly as the Gypsy King, Tyson laughed as he filmed his wife taking advantage of the deals.

He said: "When you're supposed to be rich but you've got to shop in a discount bargain store to keep your expenses down, Paris innit.

"What you saying?" he said, while Paris looked embarrassed and hid her face behind her hand.

The down-to-earth couple headed to the Home Bargains branch in Morecambe, Lancs, where they are based, on Tuesday to cop a few bargains.

With Tyson's wealth growing more and more since his fights in Las Vegas against US boxer Deontay Wilder, he hasn't let his fame or fortune stop him from living in a £550,000 house a stones throw from the Home Bargains shop in Lancs.

This comes as Paris recently opened up about how getting rejected from a "high class nanny" was a "kick in the teeth".

Appearing on Rob Beckett and Josh Widdicombe's podcast – Parenting Hell – Paris opened up about the challenges of raising six children.

She also spoke about the time she tried to hire a nanny for her brood, revealing to the boys that it didn't quite go to plan.

Speaking to the hosts, Paris explained that she found a high-class, well-experienced nanny, and asked her to attend an interview.

"So she came to the house and I brought her in and she wasn't really aware of myself and my family and my situation."

Paris then introduced the potential new nanny to her children, but received an email afterwards that left her feeling deflated.

Explaining to the hosts of the podcast, she said: "She [the nanny] sent me an email afterwards [saying] 'I don't think I'm suited to your post' so that was just the kick in the teeth."