Store shelves across the US remain short of baby formula after a military plane carrying enough to fill half a million baby bottles arrived in the US on Sunday but its contents were rushed to health system outlets to feed babies with specific allergies.

The first of several such flights from Europe, aimed at relieving a nationwide shortage that has sent parents scrambling to find enough to feed their infants, was packed with specialty hypoallergenic formula to be distributed through channels such as hospitals, doctors’ officers and pharmacies, for babies intolerant of the protein in cow’s milk.

The 35 tons of formula had been shipped from Switzerland via Germany and arrived in Indianapolis on Sunday, after Joe Biden authorized the use of military planes.

The shipment was greeted on the tarmac by the US agriculture secretary, Tom Vilsack, who explained it was formula specifically “for moms and dads who have children who have allergies where the regular formula just simply will not work”.

That left many parents who are still scouring supermarket shelves for supplies of regular formula out of luck.

More supply flights are due and the Biden administration has ordered a ramping up of production in the US, including increased delivery of raw materials to formula manufacturers.

Longer term, the government has expressed a desire for more competition in the domestic industry, which is dominated by a handful of companies.

“It goes back to this question of how we can bring more competition in our economy, have more providers have this formula so that no individual company has this much control over supply chains,” Brian Deese, director of the White House National Economic Council, said on Sunday.

Last week, the leading brand Abbott reached an agreement with US health regulators to resume production at its largest domestic factory, in Sturgis, Michigan, which has been under investigation over safety concerns. 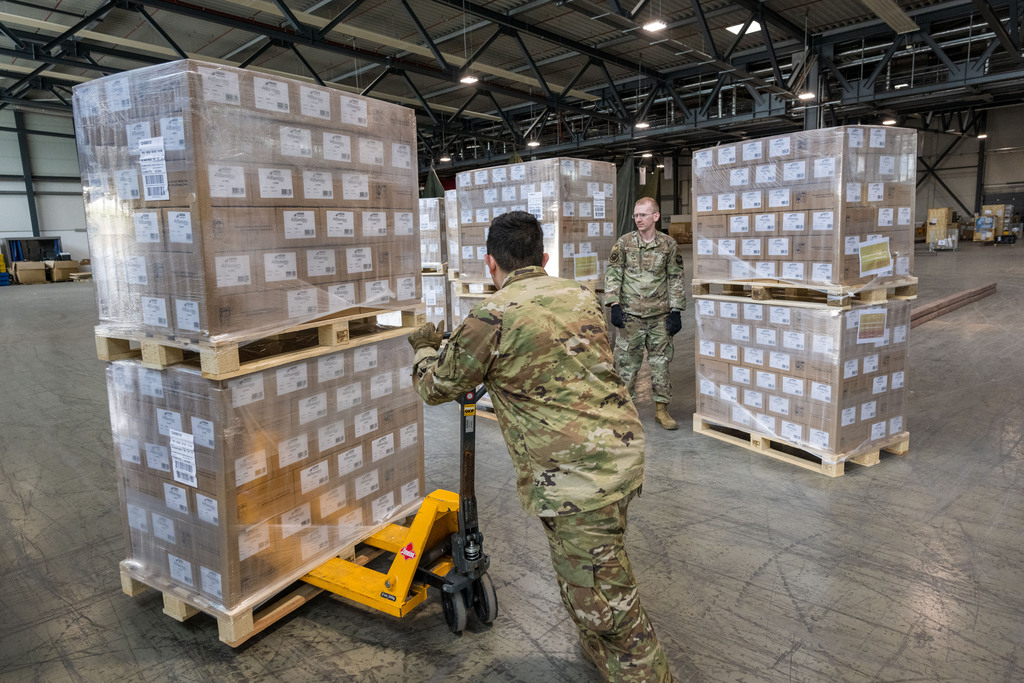 US military plane flies in 35 tonnes of baby formula from Germany
The first shipment of infant formula lands in Indianapolis to address a critical shortage in the US.

Al Jazeera
One subscription that gives you access to news from hundreds of sites
A shipment of 78,000 pounds of infant formula arrives in U.S.