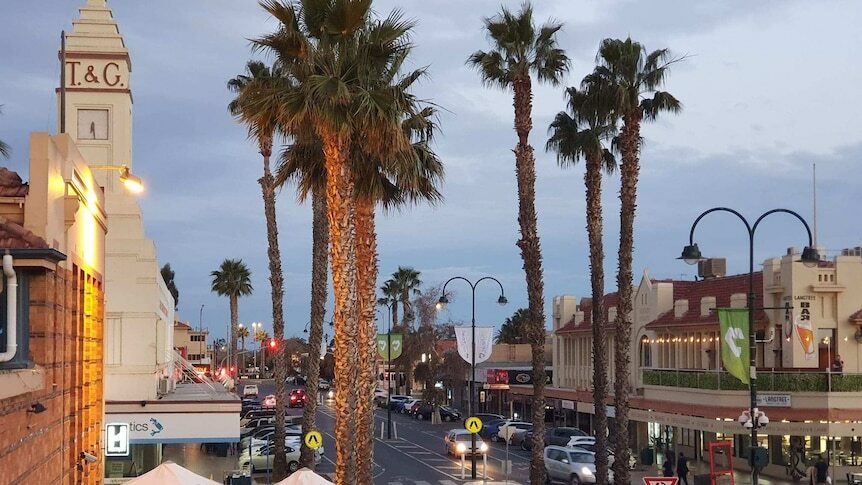 The Victorian border City of Mildura will enter a seven-day lockdown from 11:59pm tonight in response to a concerning rise in cases, while the regional areas of Moorabool and Shepparton will have their restrictions ease.

This afternoon, the Department of Health issued alerts confirming the shifting restrictions in regional Victoria on a day the state recorded its highest-ever daily case increase.

The announcements came just over six hours before the changes would take effect.

People had earlier been expressing frustration about the delay, with some business owners in locked-down areas telling the ABC they needed to prepare for the weekend ahead.

"Caseloads in Mildura have increased in recent days," the Department of Health said in a statement.

There were nine active cases earlier on Friday, and a further three reported on Friday afternoon.

The additional three infections will be reported in the official tally for Friday, which will be released on Saturday morning.

"The public health teams are concerned about onward transmission in the Mildura and have determined that the seven-day lockdown is needed to limit growth in cases," the department said.

The rules mean Mildura, in far north-west Victoria, will be living under the same rules as locked-down Melbourne, except residents will not have to abide by a curfew.

Under the rules, there are only six reasons to leave home: medical care or caregiving, shopping for essential supplies, permitted work or education, vaccination, exercise and recreation within strict rules.

Hospitality and most retail stores are closed.

COVID-19 response commander Jeroen Weimar said the decision was not made lightly.

"We are seeing significant links between the cases in Mildura and in communities over the other side of the Murray," he told ABC this afternoon.

"We are seeing some transmission across a number of different households and we are concerned it will go into the wider community."

Hospital ready for outbreak to grow

Mildura Base Public Hospital chief executive Terry Welch said his service had been planning for an outbreak for a long time.

"[It is] certainly concerning, no question about that. We've been dealing with [this] since the positive sewage testing well over a week now," Mr Welch said.

However, he said, he was not concerned about the hospital's capacity to manage the outbreak.

"We have been able to convert wards when we have needed to. We can divert services when we need for critical resourcing so our planning and upscaling is under way," he said.

"I'm very comfortable with how we are situated now, [we're] very realistic [about] the situation but I'm confident with the systems and processes we've put in place."

There have still been new infections detected in Shepparton and Moorabool, which includes the town of Bacchus Marsh, since the lockdown was called.

However, the department said "public health officials are confident that both the lockdown — and the commitment of the community — have slowed potential growth".

The department said there had been thousands of tests done and vaccinations administered during the week-long lockdowns.

These latest lockdown removals are another example of the state government abandoning its COVID-zero target and, instead, working to stop outbreaks from spiralling out of control.

It comes as several Victorian LGAs have been reintroduced into the cross-community area with New South Wales, including Benalla, Greater Bendigo, Buloke Shire, Loddon and Yarriambiack.

On the New South Wales side, the LGAs of Hay, Edward River, Lockhart, Murrumbidgee and the city of Wagga Wagga will be reintroduced to the bubble.

Residents who have been within the bubble for the past 14 days will be able to enter and leave without a permit.

And, on the western side of the state, South Australia has lifted restrictions in the south-east and reinstated the the 70-kilometre border bubble with Victoria, barring the Victorian town of Portland.

The border bubble had its radius reduced from 70km to 30km on Monday after a woman returning from Victoria tested positive to COVID-19.

No new cases have been detected in the region but wastewater testing has revealed COVID-19 viral fragments between September 29 and October 6 in the Portland area.