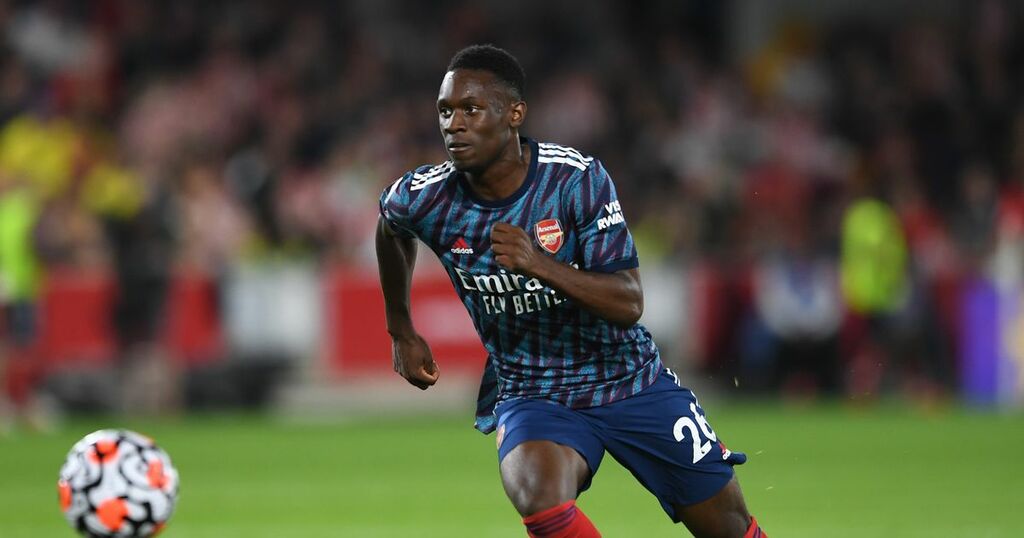 Folarin Balogun's brother believes that Arsenal's youngsters are playing with a "weight on their shoulders" but has encouraged the forward to keep pushing for first team opportunities.

Balogun made his Premier League debut against Brentford in the opening game of the season last month after Pierre-Emerick Aubameyang and Alexandre Lacazette were ruled out of the game.

However, the 20-year-old struggled to make an impact as Arsenal lost the game 2-0 and received criticism from all angles for what was an underwhelming first performance of the campaign.

The New York born forward signed a contract extension with the club towards the end of last season following protracted talks and football.london understands that he has been assured of first team opportunities over the coming months.

Speaking to the What The Footie podcast, Balogun's older brother Royce explained why Folarin struggled against Brentford and revealed the advice he told him after the match.

On Balogun making his debut against Brentford:

"He messaged during the day. It didn't sink in until I saw it on Sky Sports. It was his time and he really deserved it - it wasn't by luck and he fully deserved it.

"It was a good game for him because it was baptism of fire. He needed to see that this is the level, it's the pinnacle and it showed that it's just the beginning. You've never made it until you've retired, until then every day is a new challenge.

"After the game you could really tell he was angry. He wasn’t panicking, it was more, ‘I need to step up’, the next day he was angry but he was like, ‘we go again, we go to the training ground and we keep going'.

"To see him on the pitch I was really proud of him."

On Arsenal relying on youngsters:

"It is a very tough environment for a lot of them. You can tell that a lot of them are carrying weight on their shoulders. All of them have carried themselves with pride, I've seen Emile and Bukayo, especially Bukayo with what he's gone through. Bukayo's one of the best young ballers I've seen. He's skyrocketed and never given up or got jaded by the success he's had. It's a good platform for other young ballers and people around him. If you keep going you just have to take your chance when you get it."

On his brother being in the limelight:

"Being in that kind of limelight is tough. When my brother said after the game 'I couldn't step out of the house', I said 'why?' and he said 'because we lost, if I step out people are going to come to me and start asking me questions'. I know he's a footballer, it's a job and he's trying his best.

"When you look at that striker problem, in terms of chances created, it’s not just Folarin, it was there when Martinelli was playing there, when Aubameyang was playing there - the system doesn’t work. You can’t blame one player for that, it’s more the actual systematic thing.

"Whenever I talk to Folarin I tell him to keep going but the system just doesn’t really work at the moment. Soon it will work, there will be a movement and you’ve got to be ready when it does. At the same time, there’s nothing really you can do, you just have to support, keep on talking and keep telling him to keep maintaining."