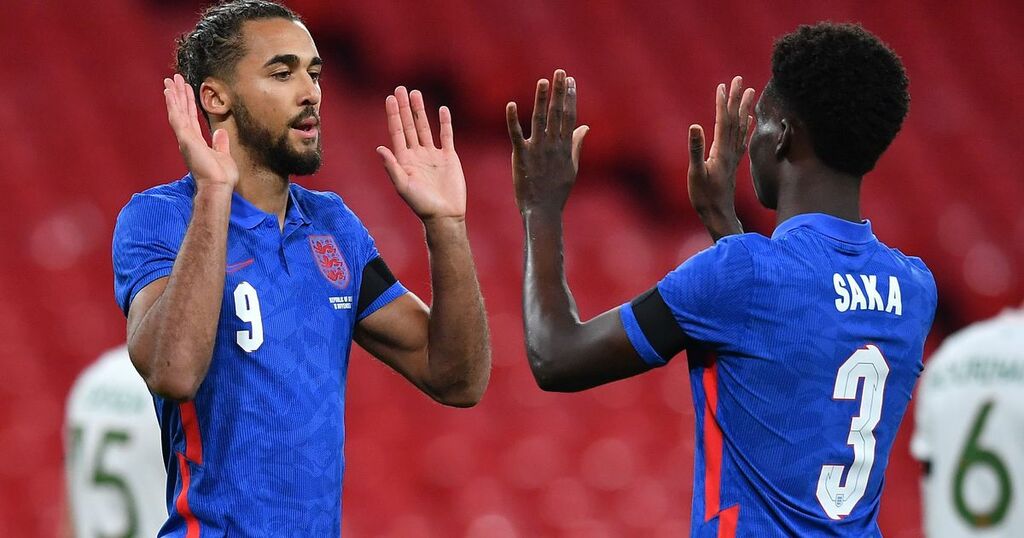 Aaron Ramsdale has been excellent for Arsenal since his summer switch from Sheffield United in a £30m deal.

Fans were questioning the 23-year-old’s price tag however these doubts have been answered with the goalkeeper being pivotal in maintaining three clean sheets in the last four Premier League matches.

The 20-year-old could also be the key for Arsenal signing fellow Englishmen Dominic Calvert-Lewin or Ollie Watkins.

When speaking about how Saka helped with his move to the Gunners on the FA YouTube channel, Ramsdale said: “Agent Saka, that’s what he says. He also said the manager[Mikel Arteta] spoke to him a couple of times about me and thankfully he gave a good review.”

Saka and Ramsdale were teammates before meeting at club level as they were both called for England in the summer ahead of the 2020 European Championships.

Ahead of the current international break Calvert-Lewin and Watkins are away with the England squad alongside the Arsenal youngster Saka.

The Gunners are reportedly interested in signing one of these strikers as they look to replace Alexandre Lacazette who is set to leave the club on a free transfer as his contract expires.

Eddie Nketiah looks set to follow the Frenchman out of the club also due to his contract situation, which would leave Pierre-Emerick Aubameyang as the only senior striker in the squad with youngster Folarin Balogun challenging him.

Calvert-Lewin would be the perfect ready-made striker that Arsenal should look at signing due to his quality and Premier League experience.

Aubameyang is into his thirties meaning his ability will slowly start to decline and Calvert-Lewin would do more than a capable job of replacing him when necessary.

Whilst Ollie Watkins has been impressive for Aston Villa he would not score as many goals as Calvert Lewin if he was to replace Aubameyang but would be a very good back-up if he was to take Lacazette’s role.

Both strikers would be welcomed with open arms and Saka might just be the key for Arsenal sorting out the striker crisis they are set to be sucked into.