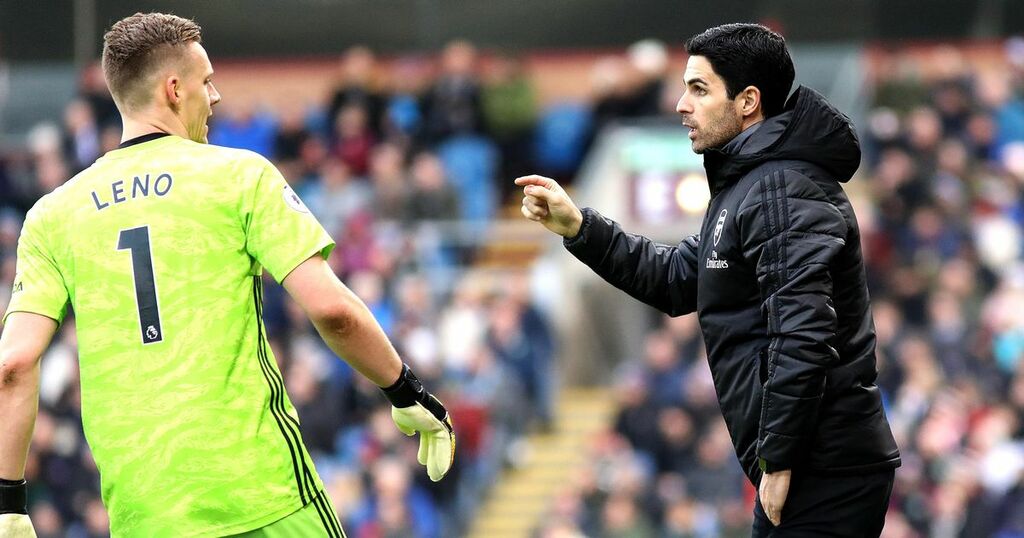 Mikel Arteta has sent a message to Bernd Leno after dropping the goalkeeper in favour of summer signing Aaron Ramsdale.

The German had played in the last three Premier League matches, which all resulted in defeats.

Brentford, Chelsea and Manchester City all handed defeats to the Gunners - who had failed to score in any of those games.

But that changed on Saturday when Arsenal beat fellow basement dwellers Norwich in a 1-0 win at the Emirates.

Pierre-Emerick Aubameyang got off the mark for the season when he nudged in a bobbled ball to take the north London side to 16th in the table.

There were some big changes to the line-up with Ramsdale being preferred to Leno in goal, while new signing Takehiro Tomiyasu had a fine debut at the back.

And while Arteta was full of praise for his new keeper, the Spaniard hinted that Leno still features in his plans going forward.

"I think he was terrific," he said.

"It’s not only what he did on the technical side, it’s what he transmits, his energy, his chemistry with the backline, how he reacts, his body language – I think he was top.

"We have two fantastic goalkeepers. Never forget what Bernd has done for us and what a good goalkeeper he is.

"I had to make a decision and today I believed Aaron was the right one to do so, like in any other position we have to decide and that’s what we decided today.

"I want to see how they perform. Now we need performances and we need to win football matches.

"Whoever gives the better performances, transmits better things and is more reliable is going to play."

Ramsdale arrived from Sheffield United for around £24m in a major summer splurge from the Gunners.

As well as the Englishman and Tomiyasu, the likes of Ben White, Nuno Tavares, Albert Sambi Lokonga and Martin Odegaard signed over the transfer window after over £120m was spent.

Despite the poor start, Arteta is positive over the rest of the season and has insisted he has learnt from his mistakes.

"After three defeats things get complicated," he said.

"They were ready to suffer today but they just give, give, give to the team.

"You have to win football matches but it is a joy to watch how everyone was behaving around the context that we had around. I got pretty emotional to see that."