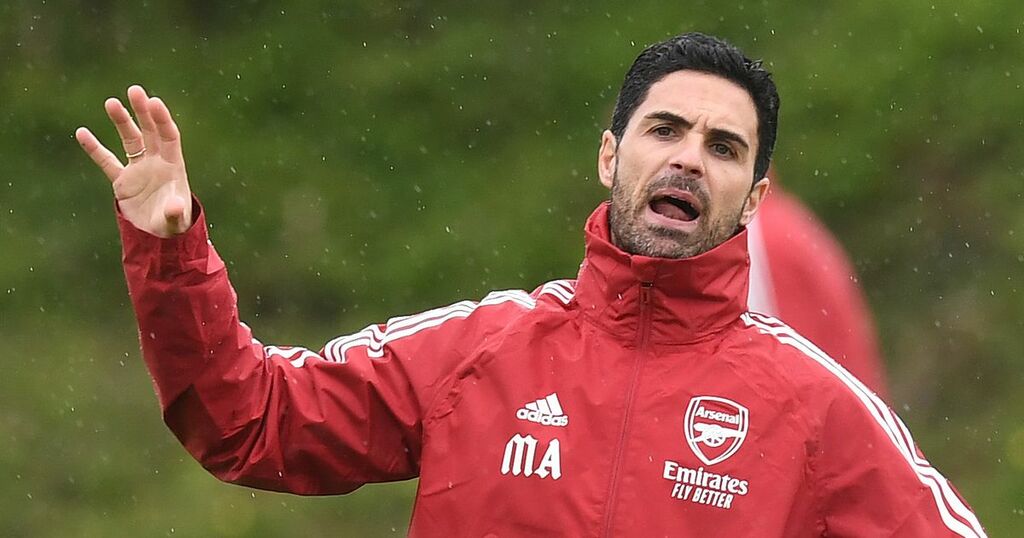 Feyenoord manager Arne Slot has criticised the intensity of Mikel Arteta's training sessions after Reiss Nelson suffered an injury in the early stages of his loan.

Nelson, 21, joined the Dutch club for the season on deadline day having made just two appearances for Arsenal in the Premier League last campaign.

The winger, who came through the Gunners' academy ranks, hopes to earn more game time with Feyenoord but he is yet to make his Eredivisie debut.

Initial reports in the Netherlands suggested Nelson was lacking match fitness, but Slot has confirmed the England youth international is sidelined with an injury.

Providing an update on the Arsenal loanee, Slot ruled Nelson out of starting against PSV Eindhoven on Sunday and appeared to hit out at Arteta's methods.

"Nelson had participated in almost all training sessions at Arsenal, but he experiences the training here as a bit more intense," said Slot ahead of Tuesday's Europa Conference League clash with Maccabi Haifa.

"He suffered an overuse injury and so he is not here. Whether he will make it to PSV remains to be seen. At least not as a starting player."

Nelson made one appearance for Arsenal this season before sealing his loan to Feyenoord, coming off the bench in the 2-0 defeat by Brentford on the opening day.

His only goal last campaign came in the Europa League, with the vast majority of his nine appearances coming in domestic and continental cup competitions.

A move to Feyenoord presented Nelson with the chance to earn regular minutes and upon signing he said: "I’m looking forward to playing in this fabulous stadium.

Does Reiss Nelson have a future with Arsenal? Comment below.

"Feyenoord is a great club and a nice challenge for me. I hope that I’ll be able to give the fans something to cheer about soon."

Meanwhile, Feyenoord sporting director Frank Arnesen was delighted to have secured a target his club had been monitoring for many months.

"We’ve been following Reiss for months now," said Arnesen. "Bringing him to Feyenoord in this transfer window was one of our priorities, so we are very happy that we’ve managed that and that we are able to welcome him.

"Reiss is a very creative striker, a rapid boy, good with his feet, who makes things very difficult for defenders in one-on-ones. We can really use a player like that in our forward line."

While Nelson's setback early on in his time with Feyenoord has somewhat dampened expectations, the youngster will have plenty of opportunities this season upon his return from injury.

If he is unable to face PSV at the weekend, he could make his debut against Heerenveen next Wednesday.