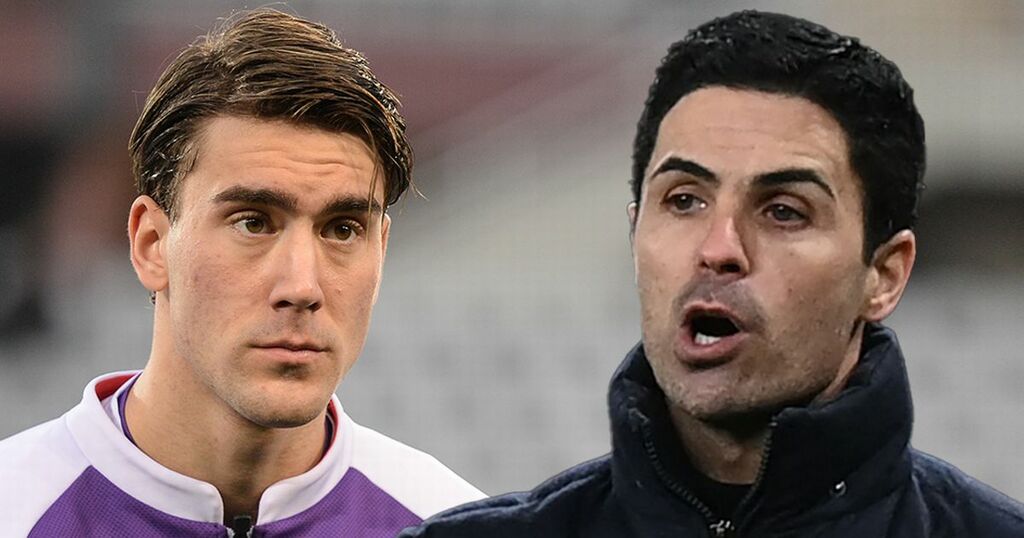 The Gunners have identified the Fiorentina star as their number one option as they look for a new no.9 in January.

Arteta feels a new talisman could help solidify their quest of finishing in the top four this season and qualifying for the Champions League - and are willing to break the bank in order to achieve that feat.

Vlahovic is available in the current window, but it is undoubtedly more challenging to prize him away this month compared to the summer.

The Gunners have reportedly made an approach to sign the Serbian, which he has turned down, as he wants to weigh up his options at the end of the season.

Have Your Say! Which club would be the best fit for Vlahovic: Arsenal or Spurs? Comment here.

Vlahovic also wants his next club to be playing consistently in the Champions League, something Arsenal cannot guarantee him.

Fiorentina have slapped a £58million price tag on their prized asset who has 18 months left on his current deal, according to Daily Mail.

And the report claims the 21-year-old is also demanding a £300,000-per-week pay packet if he is to make the move to the Emirates.

Arsenal are willing to wait until the summer, but that would bring three other targets into play, who are all simply unattainable in January.

CBS Sports claims Arsenal could make moves for Alexander Isak, Jonathan David and Dominic Calvert-Lewin if they're still in the hunt for a striker at the end of the season.

Arteta has admitted that Arsenal are "open" to doing a significant deal in January as the club looks to add attacking reinforcements.