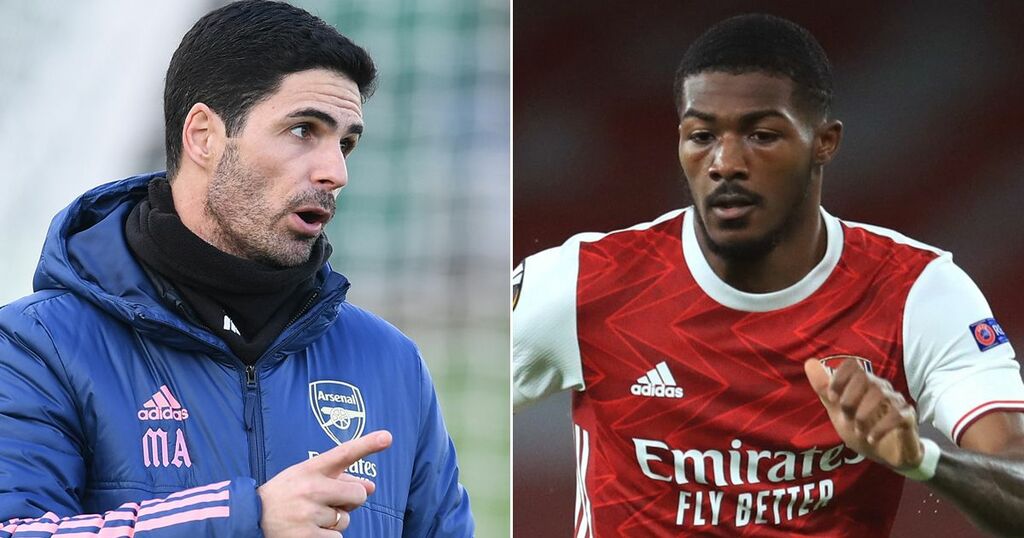 Maitland-Niles, 24, has found minutes hard to come by under Arteta's management in recent months and he has only made two substitute appearances this season.

The versatile Englishman, who has five Three Lions caps, came close to joining Everton this summer - but Gunners chiefs performed a U-turn late in the transfer window and decided they would not let him leave.

Maitland-Niles took to Instagram in response, writing: "All I wanna do is go where I’m wanted and where I’m gonna play @arsenal."

Despite voicing his desire to leave the Emirates, Maitland-Niles failed to secure a move away from Arsenal before the window slammed shut.

Arteta discussed the Hale End academy graduate during his press conference on Thursday, insisting the situation has been "resolved privately".

"Any private conversation with players, what we believe the role they have in the team, is always resolved privately," said the Gunners boss.

"I am happy that he has stayed, it was our intention and he's another player in the squad."

Arteta also discussed Hector Bellerin, who was also pushing to leave Arsenal throughout the summer in search of a new challenge.

The Spanish right-back eventually returned to his homeland on a season-long loan to La Liga club Real Betis.

"He's been a really important part of everything that happened at Arsenal in the last 10 years," said Arteta of Bellerin. "He's an exceptional player and incredible player and he will be missed.

"He's loved by everybody at the club. He needed a new challenge so we decided to let him go."

Does Ainsley Maitland-Niles deserve more opportunities at Arsenal? Comment below.

Filling the void left by Bellerin is Japan international Takehiro Tomiyasu, who joined Arsenal in a £17million transfer from Bologna on deadline day.

Arteta hopes the 22-year-old can be involved in the Premier League clash against Norwich City on Saturday, but that is dependent on him securing a work permit.

"We need a work permit first," said Arteta. "The club is working hard to try and achieve that in the next couple of hours.

The Spaniard added: "Tomiyasu has the ability to play anywhere in a back four. He gives us different qualities in that right back position. He brings qualities that we didn't have in the squad."

The Gunners welcome the Canaries to the Emirates in search of their first points of the season. They sit rock bottom of the Premier League having failed to find the back of the net in defeats by Brentford, Chelsea and Manchester City.