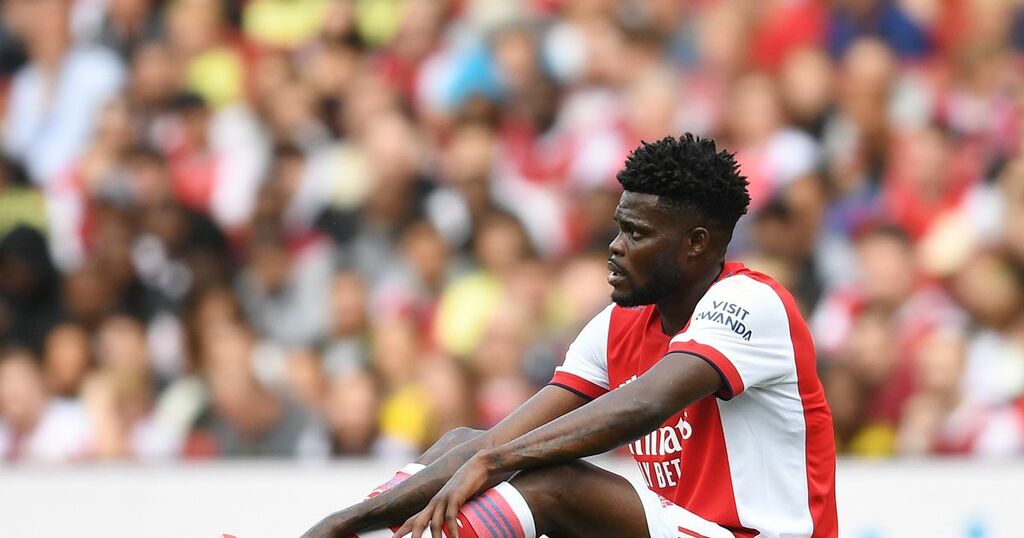 Following the signing of Albert Sambi Lokonga this summer, Arsenal fans have been dreaming of a potential midfield pivot of the young Belgian and Thomas Partey, yet the Ghanaian's injury troubles have hampered that possibility.

Partey, who signed for Arsenal at the end of the 2020 transfer window, has registered just 10 full 90 minutes in the Premier League since joining for a hefty £45million fee.

What is particularly concerning is that his injury record for previous club Atletico Madrid was far better than it has been thus far at the Emirates Stadium.

As per transfermarkt, the 28-year-old spent just 29-days on the sideline between 2015 and 2020 with the La Liga giants, yet he has already been out for more than three times that number in London in just over a year.

The latest setback came in the Gunners' pre-season defeat to Chelsea on August 1, where he suffered an ankle injury that has kept him out of all three of Arsenal’s Premier League opening fixtures - three games that Arteta's side lost convincingly.

He has returned to full training this week, and could feature in the must-win clash with fellow early strugglers Norwich on Saturday.

As reported by football.london , Partey was expected to be back in action after the international break as he looks to be named in the squad for the weekend's Premier League match.

With his recent injury record in mind, it might be a more prudent idea to ease him back into action, rather than rush him back and risk further damage.

That in turn could delay what Arsenal fans have been waiting for since seeing how well Lokonga has adapted to English football.

The 21-year-old arrived from Anderlecht for £15million in July and has shown that he is more than capable of holding down a place in Arsenal’s midfield, with some fans even arguing that he is already better than both Mohamed Elneny and Granit Xhaka.

However, as Elneny is on the sideline through injury, whilst Xhaka tested positive for Covid-19 and is suspended for the next few games anyway, Mikel Arteta may be forced to put his dream duo into action quicker than hoped in September.

Let’s just hope they both stay fit to help Arsenal get out of what is undoubtedly a bad run.