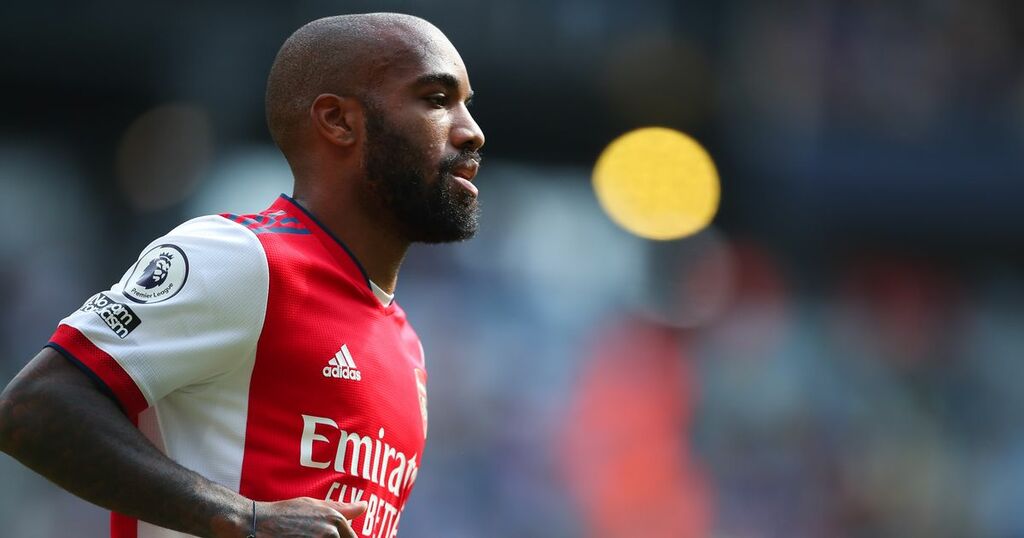 Mikel Arteta's decision not to start striker Alexandre Lacazette has been criticised, despite Arsenal finally getting off the mark in the Premier League with their tight 1-0 victory over relegation strugglers Norwich City.

Lacazette, 30, was an unused sub for the Gunners in a game in which they only managed to muster a total of six shots on target despite having 30 attempts on goal.

The Frenchmen's striking partner Pierre-Emerick Aubameyang hit the clinical blow in the second half as he was there to tap in Nicolas Pepe's attempt that came off the post.

Lyon's ex-No. 9 has had a rather tough start to the season having missed the first game against Premier League newcomers Brentford on the opening night of the season due to contracting Covid-19.

Since then, he has only managed to play once in the first four games and he now has a big job in trying to re-establish himself in Arteta's plans for the rest of the campaign.

Regardless of the magnitude of the task that the former Ligue 1 player now has in front of him, talkSPORT pundit Tony Cascarino has sympathised with the Gunners forward and he has also questioned the manager in the process.

"He [Arteta] made a lot of changes [vs Norwich], the big one was the goalkeeper, he brought in Ramsdale for Leno which is a brave call. Lacazette still can’t get in the starting line-up and I find that quite strange,’ Cascarino told talkSPORT.

"Out of all the Arsenal strikers, I know they’ve got Aubamayeng, but I think he [Lacazette] is more clinical, and I think he can get 10-15 goals quite comfortably. It was a big three points after all the stuff surrounding it.

"Arteta spoke about the difficulty of the last 10-15 days, used it as a positive and thought it was beneficial to them of getting over the line.

"It was always going to be difficult if they didn’t score early, it can be a difficult place to play, grumbling on the terraces where fans are getting upset. You can tell their situation is pretty dire."

Arteta is unlikely to care too much about this criticism, especially considering the amount of pressure he and Edu are currently under from the fans to deliver on their long-term project.

"It was a must-win game and I saw a team out of the blocks straight away, wanted to score and wanted to please everybody," he said in the post-match Norwich press conference on Saturday.