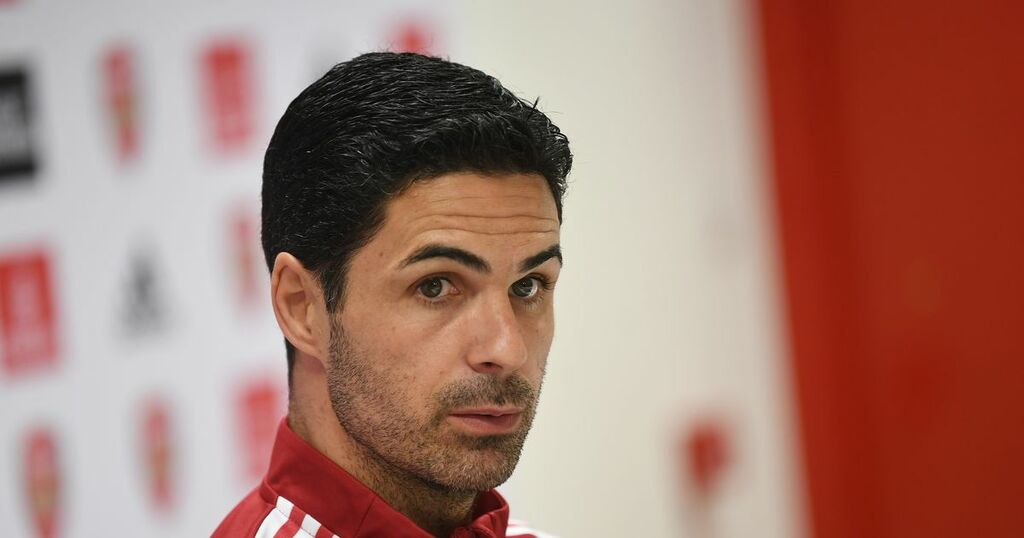 Daily Mirror
Mikel Arteta wants to repay Arsenal fans’ faith with famous North London derby win: ‘We are in this together’

Irish Independent
Mikel Arteta wants to repay Arsenal fans’ faith with famous north London derby win: ‘We are in this together’

Mikel Arteta has insisted he was never close to joining Mauricio Pochettino’s coaching staff at Tottenham in 2016, because his…

Arsenal manager Mikel Arteta has revealed he had the chance to work under former Tottenham boss Mauricio Pochettino after retiring as a player in 2016.

Arteta joined Pep Guardiola's coaching staff at Manchester City following his retirement. The Spaniard confessed he had the opportunity of linking up with former Paris Saint-Germain teammate Pochettino at Spurs.

The Gunners boss has a good relationship with Pochettino after playing together at PSG at a young age. Arteta admitted that despite his friendship with Pochettino, he could have never joined Spurs as a coach after captaining Arsenal during his playing career.

The Gunners boss was asked about his relationship with Pochettino and the possibility he could have joined Spurs as part of the Argentine's coaching staff ahead of a huge clash at the Tottenham Hotspur Stadium. Arteta said: “My relationship with Mauricio comes out since I was 18 years old and I always said that for me he was like a football father.

"I have an extraordinary relationship with him, but unfortunately for my experience as a player he was a coach of Spurs and I was here at the time. And that relationship doesn’t change, but that wasn’t the case [of me being close to joining Spurs].”

Arteta acknowledged that the North London derby tonight could be a “landmark” moment for Arsenal fans under his management. The Gunners have the chance to secure their Champions League place next season at Tottenham’s expense should they pick up all three points.

Arteta continued: “It’s the best way to show them [Arsenal fans] gratitude for the way they have behaved with the team, for me that would be the answer. To say thank you and say we are in this together, and now the journey is going to challenge slightly and I think we are going to be more excited about the future."

Arsenal are head into the north London derby four points clear of Spurs in fourth place in the Premier League table. The Gunners have their Champions League fate in their hands and could secure a place in the famous competition this season for the first time in six years.

Daily Mirror
Mikel Arteta wants to repay Arsenal fans’ faith with famous North London derby win: ‘We are in this together’

Irish Independent
Mikel Arteta wants to repay Arsenal fans’ faith with famous north London derby win: ‘We are in this together’

Mikel Arteta has insisted he was never close to joining Mauricio Pochettino’s coaching staff at Tottenham in 2016, because his…