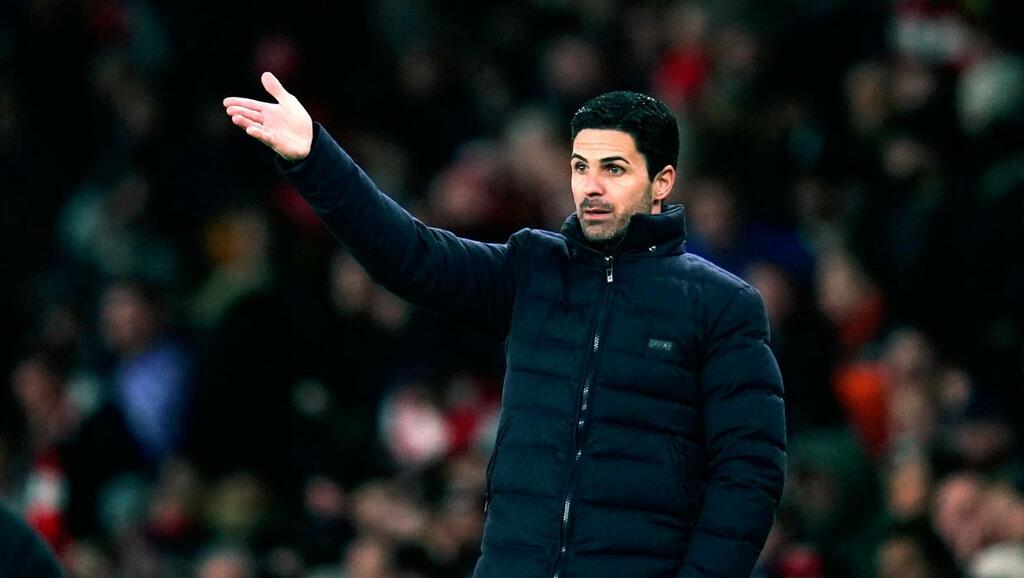 Where the biggest North London derby in decades will be won
Can Elneny stop Kane the creator?

Mikel Arteta has spent £200m - so where would Spurs be if Antonio Conte had similar funds?

The Gunners are within touching distance of the Champions League, holding a four point lead over neighbours Tottenham ahead of Thursday's north London derby. The originally postponed fixture caused a stir as the Gunners saw a cancellation request approved by the Premier League as their resources were tested.

They will now make the short trip with a near full strength squad. Summer signings Martin Odegaard, Aaron Ramsdale and Ben White will all be available for Arsenal are will likely start in the crunch clash. The trio were part of a £135m expenditure at the Emirates as the club targeted younger players.

Many of their signings were criticised - and that noise only increased as the Gunners lost their opening three games of the season. A lack of experience was cited as a major issue but this young side have grown in confidence throughout the season, with a 3-1 win over Tottenham in September proving crucial in their renaissance.

Arteta's second summer of transfer activity proved to be much more productive than his first. The Spanish coach originally bought in the likes Willian. Who has since left the club, although Gabriel and Thomas Partey were both signed in that window and have gone on to be regulars.

All in all Arteta has been handed just over £200m since taking charge at the Emirates. The club have been prepared to back their coach since appointing him and they could reap the rewards in the coming weeks. Tottenham are someway behind their rivals in that process following several managers in a short space of time.

That said, Conte would not have arrived in north London had he not been promised funds. He took charge in November with the remit of deliver Champions League football. He's gone close but he could still miss out, which will place even more importance on this summer.

At all of Conte's previous jobs he's been given the necessary funds to compete. At Juventus, Chelsea and Inter Milan he delivered league titles. Now at Tottenham he may have to alter his thinking, but that's not to say he can't be a success. During his managerial career the Italian has signed the likes of Carlos Tevez, N'Golo Kante and Romelu Lukaku. All those men played key roles in his numerous triumphs.

The Tottenham boss has hinted that he may yet need to make up for January exits, suggesting previously that those who left midway through the season meant the squad was actually hampered - not enhanced. He said: “What happened in January is not easy. Four players left in January. Four important players for Tottenham, two have arrived. So even numerically instead of reinforcing yourself you may have, on paper, weakened."

It means Conte may have to balance his want to add quality with an element of quantity too. Tottenham's reliance, especially on Harry Kane and Heung-min Son, may eventually need to be addressed if they want to add more quality, although Conte has accepted that he may have to recruit players he can improve, rather than those who are ready made.

He said previously: “The vision, the philosophy of the club is this. It is inevitable that if you want to grow faster and if you want to be competitive more quickly you need players with a lot of experience because they also lead to an increase in experience in your team. But then again, the vision of the club I realised is this and will continue to be this. For this reason it will take a lot of patience.”

Will the investment work?

So if Tottenham had £200m pumped into their squad, like Arsenal have, over the next few windows would they be much closer to the summit than they are now? Well Conte will no doubt have to address his goalkeeper situation with Hugo Lloris now 35 - and not shy of an error.

Wing-backs have long been crucial for the Italian and the players he's working with currently are ones he's inherited so they will almost certainly be on the Italian's wish list. Players nowadays do not come cheap though, Achraf Hakimi, a player who was successful under conte at Inter, moved to PSG for just over £50m in the summer.

Central midfield is also an issue for the north Londoners, although the addition of Rodrigo Bentancur has helped them in the middle of the park. Again though, the problem Conte will have, is that £200m in the current climate buys you four quality players - but their rivals are investing at the same rate.

Not only that, Tottenham have been known, under Daniel Levy, to be frugal in the market whilst they are not as attractive a proposition as Liverpool, Chelsea or the Manchester clubs. Missing out on Luis Diaz underlines that fact. Conte also had a chequered past when it comes to investing - something we saw at Chelsea.

He spent over £150 on Danny Drinkwater, Davide Zappacosta, Alvaro Morata and Tiémoué Bakayoko - that's not far off the sum Arsenal have spent. Were Conte to splurge in a similar fashion at Tottenham then the club would be very much in the same position they're in now.

Investment may helped Tottenham become the top club in north London once more but, as we've seen from Manchester United, spending big sums doesn't automatically bring success and the top three appear so far ahead that £200m would seemingly do very little in the race to close in on them.

Where the biggest North London derby in decades will be won
Can Elneny stop Kane the creator?