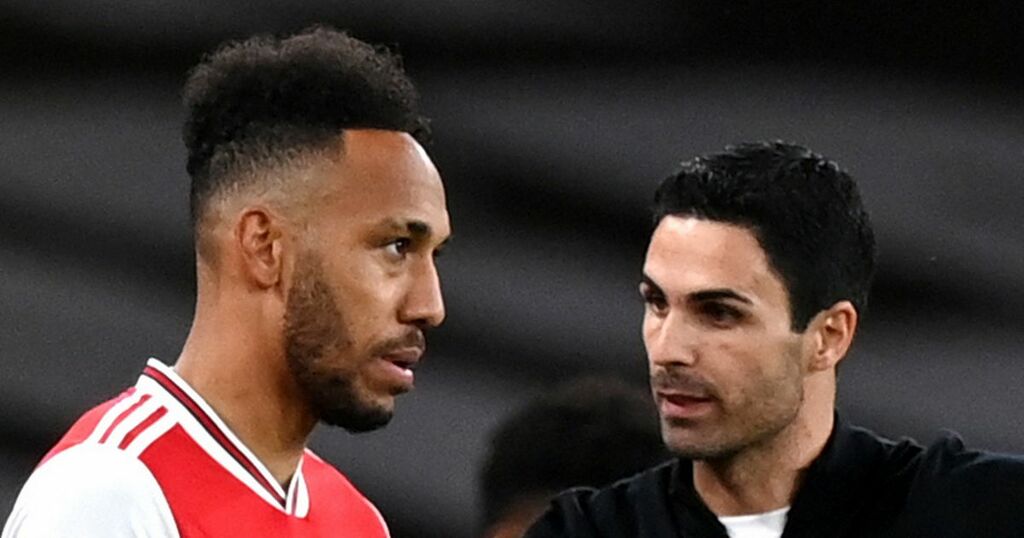 Arsenal chief Mikel Arteta has moved to allay fears that star striker Pierre-Emerick Aubameyang is set for a lengthy spell on the sidelines.

The Gunners ' captain was taken off on a stretcher at the end of Gabon's World Cup qualifying win over Libya last Friday night.

Aubameyang went down appearing to hold his calf and head before he was then stretchered off.

He then returned early to London, rather than play his country's final qualifier on Tuesday against Egypt. Gabon's hopes of reaching the tournament in Qatar next year are over but they will be involved in the Africa Cup of Nations tournament in early 2022.

Can Arsenal seal a top-four finish this term? Let us know in the comments section

Speaking ahead of the Gunners' return to Premier League action away at Liverpool on Saturday evening, Arteta insisted that his star man's early return was not pre-meditated.

"No it wasn’t pre-planned," he told the assembled media on Friday. "We had to assess him and see how he is and make decisions.

"We have a lot of players who have been through different games, issues, little injuries.

"So today we have to test everybody and see how we are today and tomorrow."

However, when asked specifically if Aubameyang was suffering with a particular injury Arteta straight-batted the question, replying: "Let’s see how everybody is. We have to see them today before assessing and making a judgement on how everybody is."

Since missing the opening night defeat at Brentford, Aubameyang has featured in every Premier League game for Arsenal.

After losing their first three games they've since gone eight unbeaten and head to Merseyside just two points shy of Jurgen Klopp's side.

It represents an acid test for Arteta's revitalised side - and the Spaniard knows Aubameyang's presence will be crucial for his comparatively young side in the heat of battle at Anfield.

The skipper has four league goals this term and seven in all competitions with Arteta confident he has the ability to trouble the league's top scorers this term.

"(He needs to) Keep doing the same because he’s getting in great positions," Arteta added.

"He’s had chances and things will happen again. He already scored quite a lot of goals but we always demand more and we want more.

"He needs to continue showing the attitude he’s showing but also the implication he has on everybody around the team and the club as well."