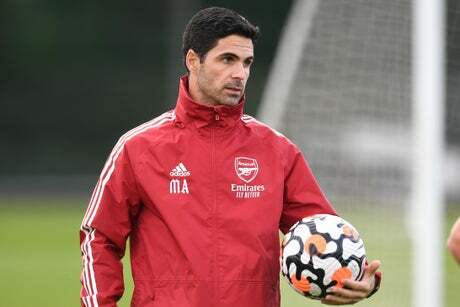 We are just seven games into the new Premier League season, but already Amazon must be delighted with their decision to film a behind-the-scenes documentary at Arsenal.

The campaign is barely two months old and already Arsenal have served up enough storylines to suggest the series will be compelling viewing.

There has been the Covid-19 outbreak on the eve of the season, the three painful defeats that followed, a record spend in the transfer market and now an injury to key midfielder Granit Xhaka.

Pressure was exceptionally high on Mikel Arteta before the previous international break, but ahead of this one the clouds have cleared after a run of five games unbeaten.

The latest chapter has been much more upbeat than the last, with Amazon no doubt delighted at the topsy-turvy nature of Arsenal’s campaign so far.

Arteta has, of course, been at the heart of all this turbulence and, just as he deserves criticism for Arsenal’s poor start, he warrants praise for steadying the ship more recently.

He has toughened up Arsenal’s defence, putting his new signings of Aaron Ramsdale, Ben White and Takehiro Tomiyasu straight in. It has proved a wise move as the Gunners have conceded just once in their last five games.

The new arrivals have brought around a change in atmosphere at Arsenal and suddenly there is hope the club are on the right path.

The challenge for Arteta now, however, is to prove that last month was the start of a joyful season and not a brief respite during a turbulent campaign. It appears as though Arteta has laid the foundations for it to be the former, but only time will tell.

Amazon, meanwhile, will just be glad they are on hand to watch it all - whether this story has a happy ending or not.