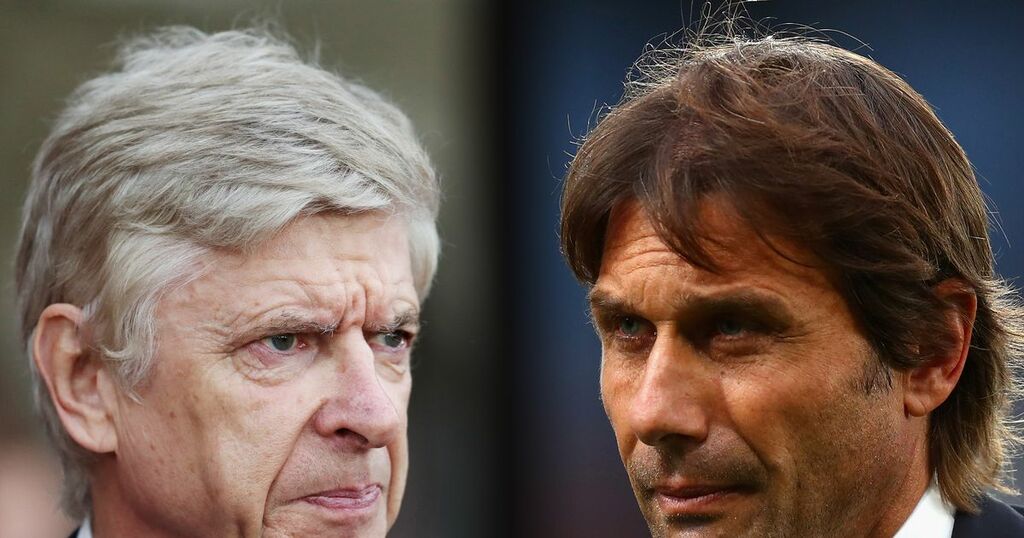 Since returning to Arsenal in December 2019, the Spaniard has faced Jose Mourinho three times and Nuno Espirito Santo once, winning on two occasions and losing the others.

Should the game go ahead amid the Gunners submitting a formal request for a postponement, then in the opposite dugout to Arteta at Tottenham Hotspur Stadium at the weekend will be Antonio Conte.

Back in November and just over 24 hours after sacking Nuno Espirito Santo, Spurs wasted no time in appointing the former Chelsea manager who made his return to England following three years away.

However, Arsenal fans may not need to worry about Conte's return as history shows the Tottenham boss often struggles for results when facing the red half of north London.

As pointed out by football.london, during Conte's two-season stint at Stamford Bridge, he faced the Gunners on eight occasions across all competitions - including once in the Community Shield.

And he mustered just one victory in the process.

The most notable defeat came in September 2016 when first-half goals from Alexis Sanchez, Theo Walcott and Mesut Ozil did all the damage and convinced Conte to switch to his favoured back-three formation.

Whilst the Italian gained a measure of revenge in the reverse fixture, not to mention the loss at the Emirates Stadium ultimately turning Chelsea's season around - as they clinched the Premier League title - that was as good as it got for Conte against Arsenal.

Although, given the rivalry between his new club and the Gunners, it's almost certain that Spurs fans will demand the 52-year-old improves on this particular record.

With Arsenal no longer in the FA Cup and Spurs losing their Carabao Cup semi-final against Chelsea, this will be the first and only time Arteta and Conte will lock horns this season.

If the Arsenal manager needs any tips on how to win his upcoming battle with Conte, he needn't look much further than Arsene Wenger's blueprint.

The Frenchman was in charge for all of those eight meetings against the Italian and he clearly learned a valuable lesson from his one and only defeat when going head-to-head with the then-Chelsea boss.

After losing at Stamford Bridge in February 2017, Wenger didn't have to wait too long for a chance to settle the score as the London rivals met in that season's FA Cup final, with the Gunners winning 2-1.

What was noticeable about Arsenal at Wembley Stadium that afternoon was their formation.

Wenger had mirrored Conte's back three system towards the end of the 2016/17 campaign, and used it against the Italian in the final and reaped the rewards.

So much so, that he stuck with it for the next four encounters between the two sides and that yielded a penalty shootout win in the Community Shield, two goalless draws at Stamford Bridge, and an entertaining 2-2 draw at the Emirates Stadium.

Interestingly, for his final meeting with Conte, Wenger reverted back to a 4-3-3 and was still able to get the win that booked Arsenal's place in the 2018 Carabao Cup final.

But for the Frenchman to even switch to three at the back, having favoured a four-man defence during his tenure at the club, showed he picked up a new trick from his encounters with Conte.

A trick that Arteta can repeat as he prepares to lock horns with the Italian.

What Wenger proved in five of those meetings against Conte was that matching the tactician's system was key to getting a positive result - especially away from home as the Gunners didn't concede a single goal in two trips to Stamford Bridge using a back three.

So in order for Arteta to end his run of defeats in away games against Spurs to ensure bragging rights return to N5 come Sunday evening, it could be worth borrowing a page from Wenger's blueprint.

Matching up to Conte's back three system could already be in the Spaniard's thinking after reverting to it when his side were reduced to 10-men against Liverpool on Thursday night.

With the latest North London Derby of huge importance in the top-four race, it's a game Arsenal can't afford to lose especially as Tottenham have a couple of games in hand.