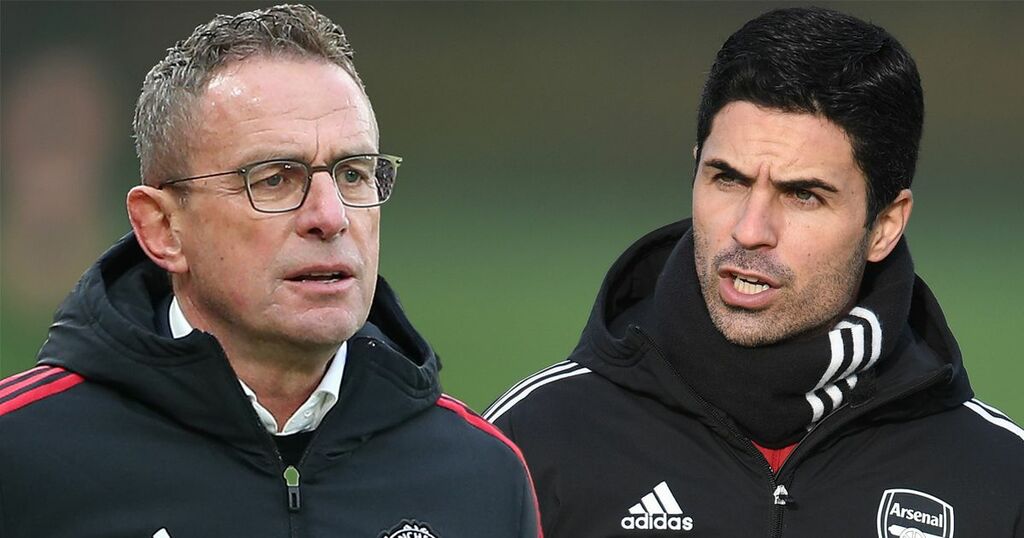 Manchester United and Arsenal have both endured difficulties of late, with the two top-four challengers discovering their limitations in different competitions.

United suffered a humbling home defeat to Wolverhampton Wanderers in their last Premier League game, with visiting manager Bruno Lage able to explain how he executed his plan to perfection after Joao Moutinho's deserved winner.

Arsenal, meanwhile, fell at the first hurdle in the FA Cup after a rotated starting XI put in an under-par performance as they lost 1-0 to Nottingham Forest in their third round clash.

The Gunners remarkably failed to register a single shot on target during the defeat at the City Ground, as Lewis Grabban netted the only goal for the Championship side.

And comments from manager Mikel Arteta after the game suggest the London club might face similar issues to those identified by Manchester United interim manager Ralf Rangnick.

Which of Arsenal and Man Utd has the best chance of finishing fourth? Have your say in the comments section

"The complaint is about the performance and the purpose and the drive and determination that we didn't show, to approach it in a different way," Arteta said after Grabban's late goal gave Forest victory.

"I can't criticise the attitude, because they were trying, but it is the way we tried, the way we continued to try. It wasn't good enough, but we are out."

Arsenal fans may be worried by the suggestion that the effort was there but the quality was lacking, but it's something they have in common with their top-four rivals.

"They are at least trying," was Rangnick's response when asked about United's players in the light of the defeat to Wolves.

"I am sure they are listening, they are trying to follow the advice we give them," he said.

The defeat against Lage's side left United four points behind Arsenal, albeit with a game in hand, as they attempt to push for a top-four finish.

United are closer to finishing in the Champions League spots than they were when Ole Gunnar Solskjaer was sacked in November, but Rangnick's comments perhaps shed some light on why that looks like their ceiling at this stage of the season.

A run of four points from seven games saw United drop from third to eighth, and they haven't ended a gameweek in the top four since early October.

Arsenal, meanwhile, have recovered from a slow start to the season to sit fourth, but their position is far from secure as they prepare for a North London Derby against Tottenham Hotspur on January 16.

The lack of quality could prompt both Arteta and Rangnick to dip into the transfer market before the end of January.

United have been backed to invest in central midfield, while Arsenal's most urgent area is up front after issues around former captain Pierre-Emerick Aubameyang continue to loom large.