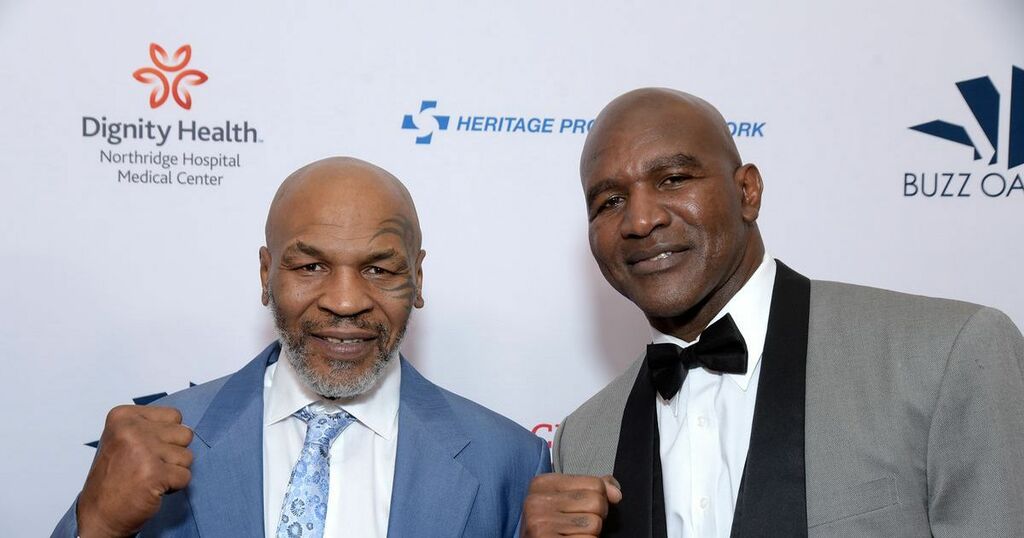 Two of the greatest heavyweights of all-time have weighed in with their thoughts ahead of one of the most anticipated fights in recent memory.

Tyson Fury takes on Deontay Wilder for the third time, with the trilogy bout almost certain to be the last time the two fight, being billed as 'Once And For All'.

After a no contest draw in the first fight, followed by a Fury knockout in the second, the Gypsy King comes into the fight as the favourite - and will look to confirm his spot of top heavyweight boxer in the world.

For the third fight, Wilder will almost certainly look to switch up his tactics - with Fury the aggressor in the second.

Heavyweight legends Mike Tyson and Evander Holyfield have both stated that they want to see Wilder be the aggressor, if he is to have any chance of a victory.

The knockout artist, Wilder, is notoriously known for his punch power which paid dividends in their opening meeting with a heavy knockdown in the final round.

Mike Tyson remains asserted that Wilder should exploit his aggressive power in the opening rounds, to reverse an uphill task.

And his former heavyweight rival Holyfield admitted he should use his strengths and use the skillset that comes "naturally".

Holyfield said: “In all these things you work on in being the very best. Is he getting it to the point where he can remember to do them as a natural thing? The worst thing you can do for a fighter is let somebody new come in and giving him something new to do. They take it all of a sudden you start thinking too much."

“Boxing is a reaction sport. If you and me were boxing, you might not be comfortable, but I’m comfortable about how far I can get to for me to make you do something that I can counter a shot.

“A lot of them don’t know how to make a lot of adjustments, so I don’t know if this is him [Wilder] or not. He’s one of my favourite fighters. Stick to what you’re really good at and implement it slowly, and maybe he can and maybe not."

The pair's rivalry has escalated since their second meeting, with Wilder's reasoning behind the defeat including his ring walk costume and a water-tampering scandal.

And Fury has been critical of his opponent's reaction to the depths of defeat, and has now labelled him "unstable".

“Do you know what it is with Wilder? He’s very unstable at the moment,” Fury told Boxing Scene.

“And he has to figure out reasons why he lost the second fight.

"You know, he has to tell himself all this b******* and whatever else he says. But I don’t pay any heed to it. I just feel sorry for him because, you know, it must be hard to be undefeated for 10 years and knock out all of your opponents, and then fight me and lose and get knocked out in probably the most one-sided champion versus champion fight in history.

The lineal heavyweight champion could have lost touch of his showdown with rival Anthony Joshua, who was defeated by Oleksandr Usyk in dominant fashion.

But he may opt for a different path, with Dillian Whyte sized as a potential opponent depending on the outcome of his final encounter with Wilder.