Boris Johnson’s decision to give Chinese tech giant Huawei a role in the UK’s 5G telecoms network could block the way to a post-Brexit trade deal with the US, vice-president Mike Pence has said.

Asked if the prime minister’s choice – made in the face of loud opposition from Donald Trump’s White House – could be a “deal-breaker” for a UK-US trade agreement, the vice president replied: “We’ll see.”

President Trump was “apoplectic” when told of the decision by Mr Johnson last week and slammed down the phone on their conversation.

Washington regards Huawei as a security risk because of its close ties with the Communist regime in Beijing and has warned allies they risk a reduction in intelligence co-operation if they give the company any role in sensitive communications networks.

But Mr Johnson has said Huawei will be allowed to bid only for “non-core” elements of the project, such as antennae and base stations, while UK agencies have assured the prime minister that any security risk can be managed.

Mr Pence told CNBC: “I think the president has been very clear, and secretary of state [Mike] Pompeo reiterated it this week, that the US is very disappointed that the UK has decided to go forward with Huawei for a portion of its information technology.

“We are profoundly disappointed, because when I went at the president’s direction in September, I met with Prime Minister Johnson and I told him the moment the UK was out of Brexit we were willing to begin to negotiate a free trade arrangement with the UK, and now the UK’s out of Brexit our teams have begun that process.

“But we just don’t believe that utilising the assets and technologies of Huawei is consistent with the security or privacy interests of the UK, of the United States, and it remains a real issue between our two countries.”

Asked if the Huawei decision would be “a deal-breaker”, Pence replied: “We’ll see. We’ll see if it is.”

Mr Pence added: “We’re anxious to build our economic ties, but we have made it clear to Prime Minister Johnson and to officials in the UK, that as we expand opportunities to build out 5G across this country … we want to see our companies meet the needs in the United States and UK and among all our allies without the compromise of privacy and the compromise of security that necessarily comes with Huawei and control by the Chinese Communist Party.”

Visiting London for talks with Mr Johnson in the immediate aftermath of the Huawei announcement, Mr Pompeo said the UK would have a chance to “relook” at its decision.

But he held back from suggesting there was a prospect of pulling the plug on trade talks, which are regarded in Downing Street as one of the principal prizes of Brexit.

Crucially, Trump himself made no mention of Huawei in his Twitter account of his phone call with Mr Johnson, choosing instead to highlight the prime minister’s supportive words about his Middle East peace proposals.

Downing Street declined to comment on reports of the president’s anger, referring back to the official No 10 account of the call, which stated only that Mr Johnson had “updated” the president on the outcome of the UK’s telecoms supply chain review and underlined the importance of diversifying the 5G market to “break the dominance of a small number of companies”. 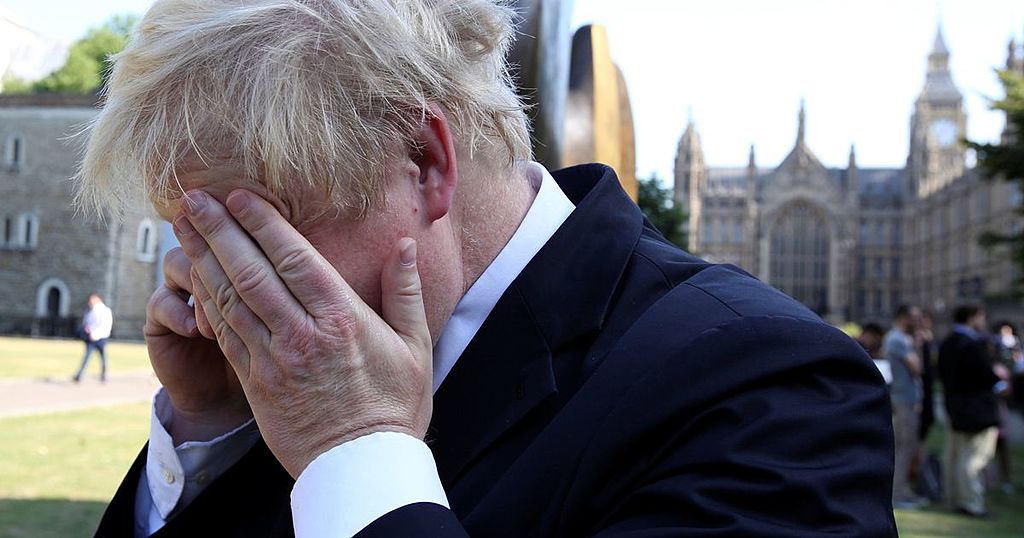 Boris Johnson's hopes of US trade deal could be scuppered by Huawei decision
Asked if the decision to allow the Chinese firm into UK 5G infrastructure was a deal breaker, US Vice President…

Daily Mirror
One subscription that gives you access to news from hundreds of sites
Huawei row: Senior Tories urge Boris Johnson to 'rule out' Chinese firm's 5G involvement amid US spat