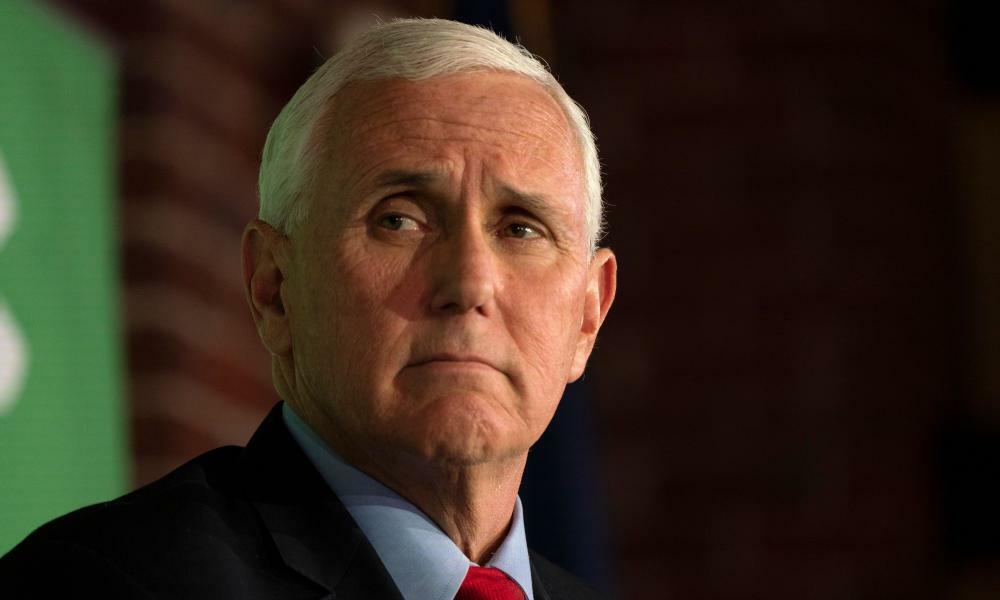 Mike Pence has equated Democratic efforts to pass voting rights protections with the 6 January attack on the US Capitol, writing in a staggeringly misleading and inaccurate op-ed that both were “power grabs” which posed a threat to the US constitution.

As vice-president to Donald Trump, Pence refused to overturn the 2020 election, rebuffing pressure to reject valid slates of electors at the Capitol on 6 January 2021.

Such an effort would have amounted to a coup d’état, the rightful winner of the presidential election – Joe Biden – denied the Oval Office.

Some rioters chanted “Hang Mike Pence” as they roamed the halls of Congress. Others erected a gallows outside.

But in the Washington Post on Friday, Pence argued that Democratic proposals to expand voter access – such as requiring mail-in ballot drop boxes, loosening voter ID requirements and allowing for same-day registration and voter access – were just as unconstitutional as an attempt to upend constitutional procedure with violence.

The other Democratic proposal Pence said was akin to the Capitol siege was a proposal to restore a key piece of the Voting Rights Act of 1965 that required places with a history of voting discrimination to get changes approved by the federal government before they go into effect.

“Their plan to end the filibuster to allow Democrats to pass a bill nationalizing our elections would offend the founders’ intention that states conduct elections just as much as what some of our most ardent supporters would have had me do one year ago,” Pence wrote.

“The notion that Congress would break the filibuster rule to pass a law equaling a wholesale takeover of elections by the federal government is inconsistent with our nation’s history and an affront to our constitution’s structure.”

The characterization was inaccurate. The US constitution explicitly gives Congress a role in setting the rules for federal elections.

Article I, Section IV reads: “The Times, Places and Manner of holding Elections for Senators and Representatives, shall be prescribed in each State by the Legislature thereof; but the Congress may at any time by Law make or alter such Regulations.”

Pence also falsely wrote that Democratic proposals would require states to adopt “universal mail-in voting”, a term typically used to describe the process in states like Colorado and Washington that automatically mail ballots to registered voters.

Legislation proposed by Democrats would require states to allow anyone who wants to vote by mail to be able to request a ballot, but would impose no requirement that states automatically send them to all voters.

The former vice-president has previously downplayed the Capitol attack by saying there was too much focus on “one day in January”. In his column for the Post, he said: “Lives were lost and many were injured.”

Seven people, law enforcement officers among them, died in connection with the attack. More than 100 officers were injured.

More than 700 people have been charged in connection with the attack. On Thursday, 11 members of the Oath Keepers militia were charged with seditious conspiracy.

Democrats charge that elections laws passed in Republican-run states since 6 January 2021 seek to restrict voting by groups liable to vote Democratic, African Americans prominent among them.

Biden has spoken forcefully on the issue, saying federal voting rights protections are needed to counter such racist moves. Republicans have protested the president’s rhetoric.

Republican legislators have also sought to make it easier to overturn election results, while Trump allies seek to fill key elections posts from which they would control the counting of votes in future elections.

Voting rights bills proposed by Democrats would increase protections for election officials who have faced an unprecedented wave of harassment over the last year. They would also prevent partisan actors from removing elections officials without cause and make it easier for voters to go to court to ensure valid votes are not rejected.

In short, Democrats aim to put in place legal standards to guarantee that no other vice-president is put in the position Pence was on 6 January 2021.

While Biden has made a strong push in support of the voting rights legislation, its prospects look dim. Kyrsten Sinema and Joe Manchin, staunch defenders of the filibuster, the 60-vote rule required to advance most legislation in the Senate, said on Thursday they would not vote to amend the requirement.

Because no Republicans support doing away with the filibuster, the Democratic voting rights bills cannot pass right now.