Lebanon will soon embark on a mission to designate a new prime minister, who will be tasked with forming a new government.

President Michel Aoun is tasked with calling parliamentary blocs to hold consultations with him (Aoun) to name a new premier.

He will likely set the date for the consultations after the formation of the parliamentary committees by next Tuesday.

The president is not bound by a constitutional deadline to call for the consultations, an issue that had previously sparked disputes in the country when Aoun was accused of violating the constitution when he held talks ahead of the consultations to agree on a new PM before scheduling the meetings with parliamentary blocs.

Sources close to the president said Aoun will set the date for the consultations after the election of the parliamentary committees.

Mikati is likely to retain his post, but talks between the blocs over the name of the new PM will intensify when the date of the consultations is announced.

Progressive Socialist Party (PSP) MP Bilal Abdullah told Asharq Al-Awsat that it was "necessary to select a premier who is sovereign and who leans towards reforms so he can complete demanded reforms and the agreement with the International Monetary Fund."

The PSP will discuss this issue with its allies, such as the Lebanese Forces and "sovereign" MPs, he added.

This means they want to revive the caretaker government, but make some changes to some ministers, he added.

"We will wait and see what head of the Free Patriotic Movement (FPM), Gebran Bassil, will say about this," he said.

Sources from Hezbollah and Amal said they have received signals from Mikati that he is willing to retain his post.

Abdullah, meanwhile, warned of attempts to impede the formation of a new government.

He did not rule out the possibility that Hezbollah and its allies, which include the FPM, would impose conditions and take advantage of the fragmentation of the other camp.

He stressed it was imperative to form a new government and for the caretaker one to be replaced.

While Bassil has yet to comment on the name of a new PM, his movement already appears to be setting conditions.

He remarked that the technocrat government - meaning the caretaker cabinet - has proven its failure because not all parties named a technocratic minister.

"We have several reservations against Mikati and we have major conditions that should be agreed upon before naming a premier," he told local radio.

"The new government should reflect the results of the parliamentary elections," he suggested. "Everyone should join in proposing solutions to the crisis."

"The situation in Lebanon cannot tolerate the formation of a weak majority government and it cannot be held hostage to one political camp."

Charles Jabbour said the opposition must be united and agree on a single candidate as prime minister. This figure should have a clear vision of how to manage the state, especially the decision of war and peace that should be in the hands of the government. He must also prioritize mending Lebanon's relations with Arab countries.

He underscored the importance of the opposition cooperating with the LF so that their candidate will enjoy the majority of votes and be named PM. 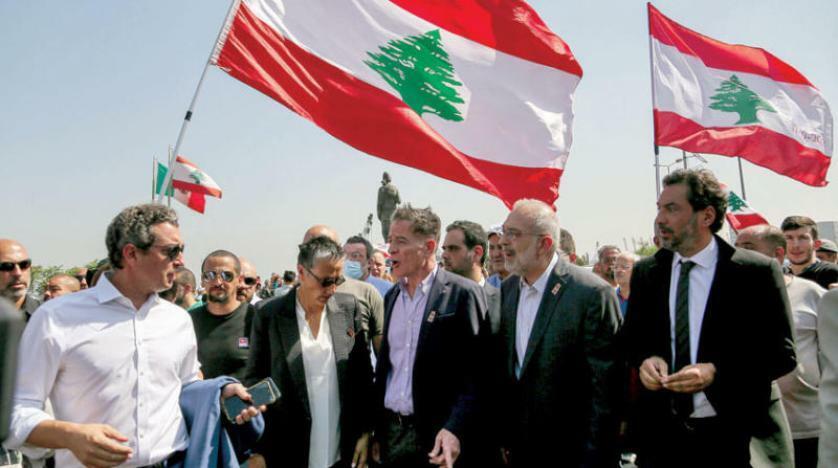 Asharq Al-Awsat
From analysis to the latest developments in health, read the most diverse news in one place.
'Major confrontation' with Hezbollah ahead, says Lebanon Christian politician

Reuters
‘Major Confrontation’ with Hezbollah Ahead in Lebanon, Says Geagea